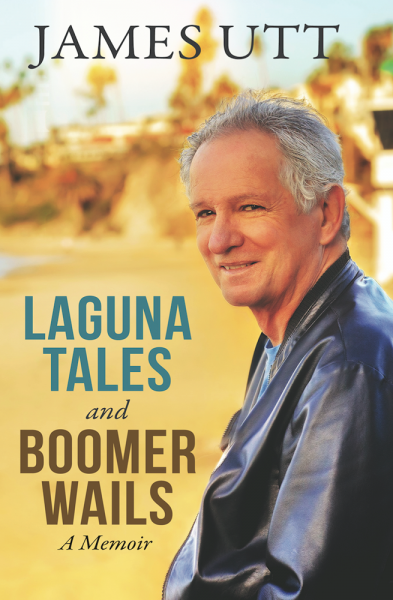 James Utt doesn’t change his mind easily or often. The writer behind the “Heart Talk” column in the Laguna Beach Independent is possibly one ofthe most stubborn defenders of his beliefs in print today.

Even so, Christine Fugate, another local writer and filmmaker, convincedUtt to change his mind about writing a book and she helped him edit and publish it. The collection of essays, “Laguna Tales and Boomer Wails,” will be available next week when Utt will discuss the work and sign copies at 6 p.m. Thursday, May 10, at Laguna Beach Books.

“Christine’s been saying that I have a ‘book in me’ for years,” said Utt about his writing mentor. “I finally just gave in.”

His book sheds light on his conservative upbringing in Tustin, but also serves as an ode to life in Laguna Beach, complete with endearing highs, hilarious lows and tragic losses. For those who know him (or are familiar with his column), it’s classic Jim.

Utt, a fifth generation Orange County native, describes his 1950’s Tustin neighbors as “white, evangelical, and racist,” which he says was par for the course at the time. Utt himself grew up in a fundamentalist Christian home (as an adult, he is staunchly agnostic), with a historic figure looming in his midst.

“Orange County only had one congressman in the ‘50s, and it is was my grandfather,” he said, referring to James B. Utt, the conservative congressmen and John Birch Society sympathizer who served from 1952 until his death in 1970. Utt’s grandfather voted against the 1964 civil rights law and against Hawaii becoming a state “because there weren’t enough Christians.”

“And yet, I was part of that, I was a believer,” Utt admitted. He said that attending University of California Irvine “opened the doors” of new ideas that changed his mind and his heart. In the late 1960s, Utt announced to his grandfather that he could no longer support his right wing beliefs.

“He told me that he would rather see me dead and buried in Vietnam than to be a liberal,” said Utt, who was drafted and served in the U.S. Army before dedicating his life to teaching at El Toro High School. Today, he enjoys his retirement in Laguna Beach and a bit of Angels baseball.

Local writer and fellow baseball fan Jean Ardell reviewed Utt’s book and is quoted on the back cover. Needless to say, she’s a fan of his work.

“Writing from his privileged vantage point as grandson of the consequential (some would say infamous) arch-conservative Congressman James B. Utt, Jim does much to show us Orange County’s past and how it got that way. That he doesn’t get trapped in that past but goes on to observe and report with wit and a sharp eye on contemporary life in his much-loved Laguna Beach is a gift to us readers,” she wrote in an email.

Utt, never dwelling too long on the past, shares his newest hobby with readers as well: photography. His images of Laguna Beach reflect a love for the city that can often be seen in his column.

“Laguna Beach,” he said, “The tolerance as well as its beauty serves as inspiration for my writing,” he said.

Life may not always be perfect, he cautions, but some challenges make for a good column. Speaking of which, fans of his work will be thrilled that all of his columns are republished in the book…except for one.

Which column, you ask? 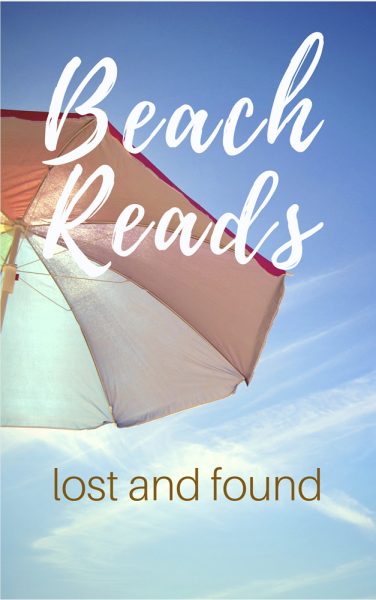 There’s only one way to find out.

Third Street Writers will celebrate the release of their new anthology, “Beach Reads: Lost and Found” at 4 p.m. on Sunday, May 6, at Laguna Beach Books, 1200 S. Coast Highway.

This anthology of 56 essays, short stories, poetry, art, and photographs explores the human attempt to make sense of people, their dreams and life’s losses and discoveries.

Meet the Team that Chooses the Books

Laguna Beach Books will host a publisher rep evening at 6 p.m. Wednesday, May 9.

The public is invited to meet the book reps, “devoted readers and wonderful storytellers” who share their favorite books of the season. The store is located at 1200 S. Coast Highway.