Experts are skeptical of a predicted development land rush

In the two o’clock sun, warmth radiates off the golden oak floors of the Kali Mandir ashram in Laguna Canyon.  For 25 years the ashram has also been Elizabeth Harding’s home, but now her spiritual haven on Sun Valley Drive is changing. 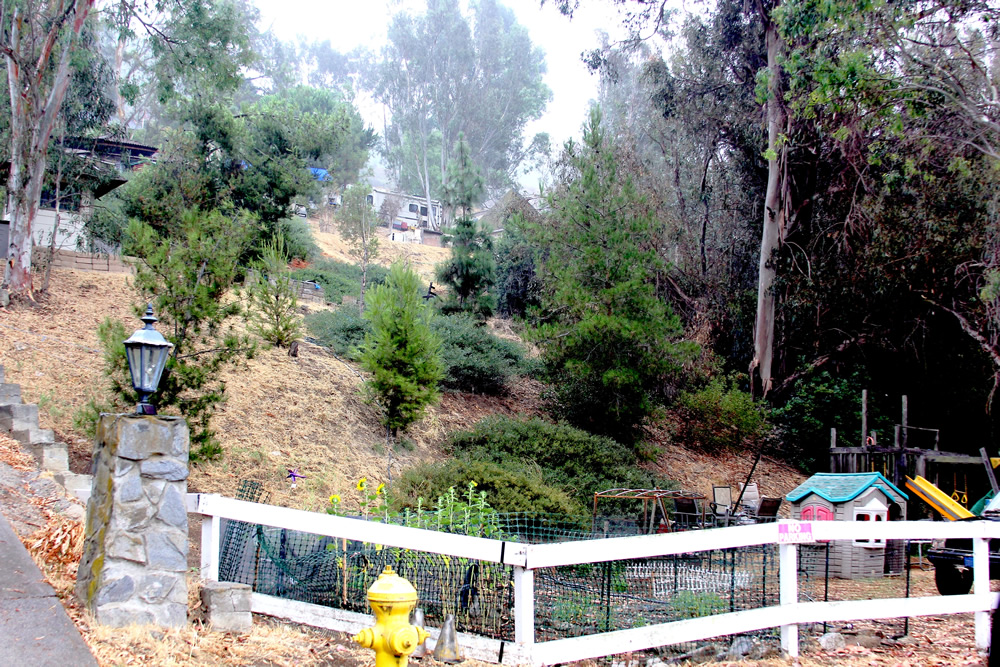 “There are changes and we will adjust to them,” Harding said peacefully.   “But I feel the city should think about the impact this is going to be when people live so closely together in a place where there are non-stop accidents.”

Harding is talking about the possible impacts the newly approved 28-unit artist work/live compound directly adjacent to her property will have on Laguna Canyon.  The project was given the green light at the Aug. 9 meeting of the California Coastal Commission, which approved a permit sought by sculptor Louis Longi and partner Chris Dornin to demolish a single-family home and artist’s studio. They plan to replace it with a work/live compound on two lots comprised of just under an acre of land in the canyon.

“It takes a project like this that becomes a proof of concept,” said longtime Laguna Beach commercial property owner Joe Hanauer.  “Here’s a real project, not just cobbling together three or four studios. Once it is done, it’s amazing how things proliferate. I think it can have a profound impact longer term.”

That impact is what residents of opposition groups, including the Friends of the Canyon, Canyon Alliance of Neighborhoods Defense Organization (CANDO), and Village Laguna members fear-  that the approval of Longi’s permit will open the floodgates for other developers to build large, high-density residential projects in Laguna Canyon.

Before Longi won approval, the groups filed legal challenges over the project’s size, impact on the rural character of the canyon, and its proximity to Laguna Canyon Creek. Friends of the Canyon went so far as to sue the Coastal Commission over its initial approval of Longhi’s project.

With last week’s re-approval, the groups are left wondering if they are at the end of their roadblocks.

“At this point the path ahead is not entirely clear,” said Penelope Milne, president of CANDO.  “We are discussing consulting and if there is a viable legal remedy we will move forward in that direction, but we don’t yet know.”

Outside of its residential areas, land adjacent to Laguna Canyon Road is mostly zoned for light industry, which allows use for artist work/live space and studios.

Zoning requires that artist work/live space must devote no more than a third to living space.

Such a development requires a large parcel, and there just aren’t enough large parcels available in Laguna Canyon to make a similar project economically viable.

Balzer is the listing agent for the studio and home of glass blower John Barber at 21062 Laguna Canyon Road. With 50 feet of road frontage, a 25-foot setback and 455 square feet of living space, Balzer says turning a similar sized property into a higher-density artist work/live doesn’t make economic sense.

It would require four similarly sized parcels and low-cost land to develop a project at reasonable rents, he said. “Do I see this becoming a standard for development of the Canyon? No, I don’t.”

City staff took issue with the MIG recommendation of no more than four units per acre, countering with examples from the general plan with higher permitted density of 22 units per acre.

The staff report stated concerns that lowering the density standard will impose challenges to develop and accommodate affordable units for artists.

“The Longi project has a density of 44 dwelling units per acre; that is more dense than anything that exists in Laguna Beach,” Milne said. “You put the most dense project that Laguna Beach has ever seen at a location that is the least dense in the city.”

Proposals like Longi’s that include a density bonus require a coastal development permit.  Hanauer says given that it took Longi 10 years to get his permit approved, he doesn’t predict that people will be coming out of the woodwork to buy properties and start like projects.

But he says current property owners who have been thinking about doing it for some time will watch Longi’s project realized and may then make a similar move forward.

“I’m thrilled. It’s been a long time, it’s needed, and it’s a great way to keep artists independent,” Hanauer said.  “It’s a way to take the canyon and start to anchor it with things the city believes and the citizens believe in instead of just talking about it.  Over any period of time the nature of the usage in the canyon is going to evolve. And the question is, what should it evolve to?”

Longi has said he hopes to break ground on the work/live project in December. Neighbors who live near the project are not opposed to making room for artists to live and work in Laguna Beach. It’s the future impact and precedent set by a project this size that they worry hasn’t been thoroughly thought through.