Over 500 costumed players, coaches, referees and scorekeepers as well as countless cheering spectators filled the Laguna Beach High School gymnasiums at this popular event on Oct. 19.

Will Compton of the Lucky Leprechauns described a long road to victory. “Many of us have been on this same team since fourth grade. We’ve come in second place before, but now as eighth graders this was our last chance to get it done, so we just gutted it out. Everyone was cheering us on, it was perfect!” says a statement from the organizer, Schoolpower.

The adult division included faculty teams from each school, firemen and lifeguards, employees of Montage Laguna Beach and radio station KX 93.5, which also broadcast a play-by-play of the tournament.

Champions from each division won $500 in prize money to designate to a teacher or school program of their choice. Approximately $13,000 was raised for SchoolPower, the education foundation that raises money to enrich the education of all LBUSD students. 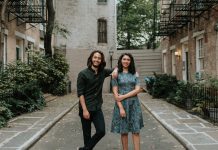 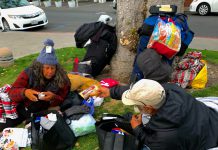