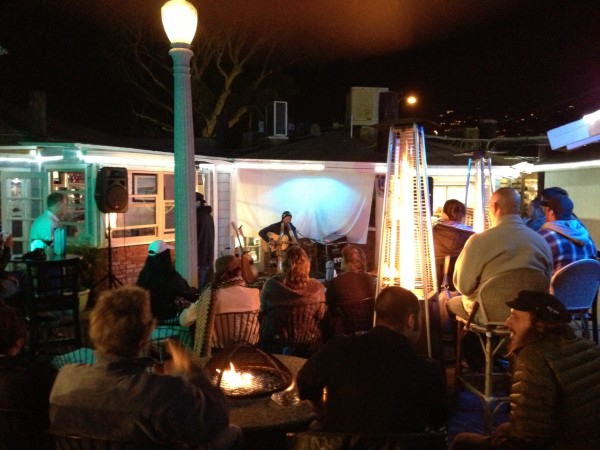 Laguna Beach’s Planning Commission unanimously approved a permit Wednesday, Sept. 25, for live, amplified music to continue at the Cliff Restaurant with some time restraints, giving a green light to the venue’s weeknight Music Matters concerts that have become a favorite with locals and visitors over the past year.

The weeknight concerts started in summer 2012 at the ocean-view venue ran smoothly until music complaints prompted an investigation by city staff, which discovered the restaurant’s lack of a permit for amplified live entertainment. Their current permit only provided for a full-service bar in conjunction with the restaurant.

To remedy the problem, Laguna Village Arts & Flowers, which owns the property, applied for a permit amendment in June, seeking permission for live outdoor entertainment with amplified music from 6 to 10 p.m. weeknights and for weddings and special events on the weekends from 5 p.m. to 10 p.m. A hearing originally scheduled for July 24 was postponed until this week.

The city staff recommended that the Planning Commission approve the permit, but on the condition that the weeknight music be non-amplified and end by 9:30 p.m.

The city’s noise rules say the restaurant’s zone allows for exterior noise levels up to 70 decibels, pointed out Steve Kawaratani, a local resident and land use consultant hired by the owners. An audio engineer hired by the owners determined that the highest recorded noise level just outside the property was 65.1 decibels, lower even than the 66 decibels of ambient noise from traffic and the ocean, he said.

“What difference does it make if it’s amplified or not? It’s the noise level that counts,” said commissioner Norm Grossman, setting the tone for the hearing Wednesday. The other commissioners agreed.

Grossman queried staff about its recommendation. City planning manager Ann Larson said historically the commission has not sanctioned amplified outdoor performances, but that they could change course.

No noise complaints have surfaced since the owners began self-monitoring noise levels during performance nights on their property and nearby every 30 minutes, said Kawartani.

He also announced that “Laguna Village will be smoke free after approval this evening.”

About 50 supporters attended the hearing, including nearby residents and business owners. Seven testified and spelled out the benefits of the concerts and the absence of any downside.

Only one person spoke in opposition. Kurt Weist, a 20-year resident who said he lives on Catalina Street about a half mile from the Cliff, said that he can “occasionally hear music” from the restaurant and described it as “annoying.” He contended granting a permit would violate a city ordinance restricting amplified music after 9 p.m. and the California Environmental Quality Act.

Responding later, Larson said the noise ordinance lacks such a restriction and staff will propose a CEQA exemption because the permit complies with city noise standards.

Single mother Tisha Joy, of Irvine, offered a poignant plea for the venue’s performance space. She and her grade-school-aged son enjoy a monthly cultural excursion, starting with First Thursdays Art Walk and ending with live music in a family-friendly environment at the Cliff.

Merchants, too, have benefited from foot traffic drawn to the Music Matters series, said Bill Bradfield, manager of the Townley Gallery across the street.

The approved permit requires the owner to continue self-monitoring of the sound levels during live events and keep an open phone line in order to respond to complaints in the future.