Breakers won a pair of road games last week defeating Dana Hills 51-36 on Wednesday, Dec. 6, and Irvine 58-44, Friday, Dec. 8. Former head coach Ed Bowen (1961-67, 1986-90) was in attendance at Dana watching his former assistant, Bret Fleming off to the best start in the 84 seasons of basketball at Laguna. Laguna is in the Westminster Tournament this week and are currently ranked second in the initial Southern Section CIF D3 AA poll. 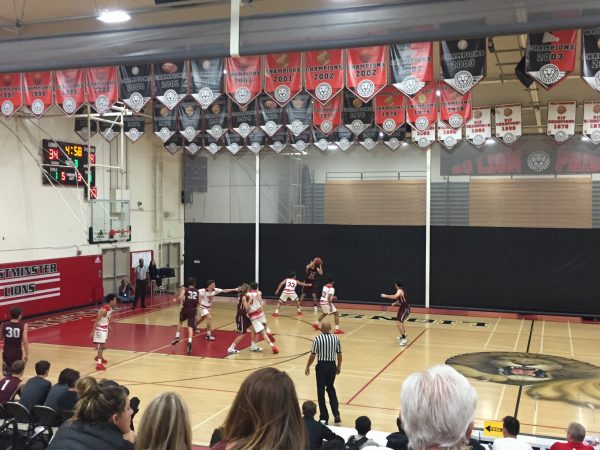 Laguna lost four games since Dec. 5, losing to Magnolia 57-20 in the Ocean View Tournament and almost getting a win on Dec. 8 with Century but losing 25-23. Laguna lost to Los Amigos 57-23, also on Dec. 8, to complete tournament play and lost this past Monday, Dec. 11, in a non-league affair to Rancho Christian 48-17.