She will lead the first of several workshops intended to sensitize parents and bolster their communication skills with their offspring. From her own Ladera Ranch practice, Hulse said she sees anxiety and depression among young patients that often goes unrecognized by parents. “It could be just one area, drugs or a communication skill, that’s not working,” said Hulse, who intends to convey during the workshop practical techniques about how to speak and listen to one another that promise to make an immediate difference.

The workshops at the Susi Q Senior Center come in the wake of results from the most recent California Healthy Kids Survey, where feelings of chronic sadness or hopelessness were reported by 38 percent of Laguna Beach High ninth-graders. Some 16 percent say they have seriously considered suicide, the survey showed.

The Tuesday, Oct. 4, workshop at the Susi Q Community Center is part of a recognition among local school and health officials of the need for better communication and discussion between parents and teens ages 11-15 on painful topics such as suicide, depression, substance abuse and cyber safety.

Dr. Ryan Roemer, staff psychologist at Mission Hospital Laguna Beach, oversees the Center for Adolescent Mental Health and Family Wellness, which opened within months of Schwirtz’s death. “We all wanted to help the community and asked the question, ‘what could we have done to help him?’ ” said Roemer, who will lead a subsequent workshop, Tuesday, Oct. 25, “Building Self-Confidence and Relating to Peers.”

Roemer said he emphasizes building confidence among teens, which strengthens their resilience to emotional loss. Learning simple skills such as cooking nurture confidence, he said.

Two other workshops on substance use and the developing brain by Ray Lozano will examine skills in resisting peer and media pressure to smoke, drink or use drugs.

A cyber safety presentation by Clayton Crawford will focus on common vulnerabilities to teen safety and how they can make themselves more secure.

A flyer about the workshops was distributed to parents at a recent Thurston Middle School open house. An inquiry to school administrators about emotional health in the school curriculum went unreturned. 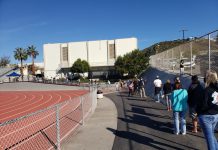