California Cool, the annual art auction benefiting Laguna Art Museum, included more than 100 works by established and emerging artists. Nearly 400 guests, who raised over $500,000, attended the 2020 fundraiser held on Feb. 1. Proceeds from the event provide support for the museum’s exhibitions and education programs. 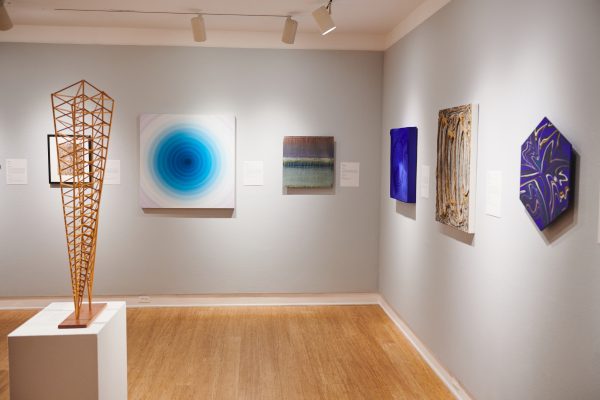 A highlight of the evening was the live auction led by Aaron Bastian, the senior specialist in California and American paintings at Bonhams. The museum also partnered with Artsy, which enabled live bidding from around the world.

The silent auction featured an additional 99 works of art, which sold for $183,800. The evening also included a Make-a-Difference campaign, presented by Laguna Art Museum Curator of Educator Marinta Skupin, which raised $16,600. 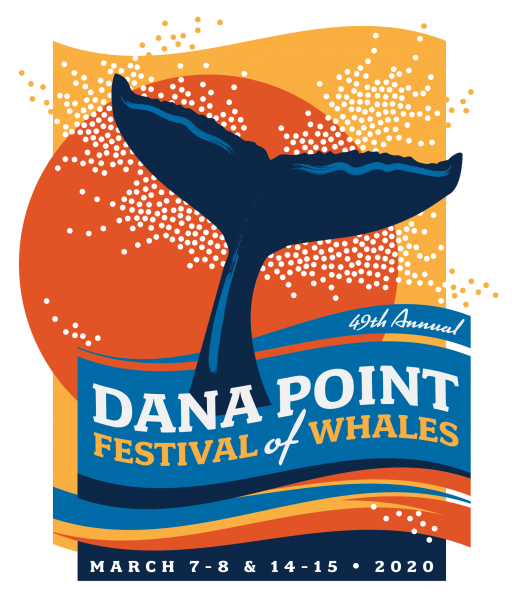 A design by Laguna native Mika Denny was selected as the 2020 logo for the Dana Point Festival of Whales. The festival celebrates the annual migration of whales along the coast.

After graduating from Laguna Beach High School, Denny and was awarded a four-year art scholarship from the Laguna Beach Festival of Arts, which she used to attend Cal State Fullerton and earn a degree in graphic design. During her college years, she lived in Dana Point and later moved back to Laguna to serve as creative director for a publishing company. She started her own graphic design agency in 2010 and won several awards for logo design, graphic design and illustration. Currently she is pursuing fine arts projects in ceramics and drawing.

Denny said that as a child she used to love to search for whale spouts and spent most every summer day at the beach. She has been on whale watching trips many times with Captain Dave’s Safari and Dana Wharf Whale Watching. “It’s hard to describe the awe and emotion when a whale surfaces and you can actually hear it’s tremendous exhale,” Denny said.

More information about the two-weekend festival in early March can be found at www.festivalofwhales.com.

LOCA Arts Education will offer monthly talks from 4-5:30 p.m. on the third Thursday of each month at the LCAD Gallery, 374 Ocean Avenue. “Our events are great for artists and non-artists alike,” said program coordinator Cindy Fletcher. Advance registration is requested. Admission is $20 per event, and free to LOCA members. Call 949-363-4700 or visit the calendar page at LOCAarts.org.

Goldsmith Karin Worden will be the speaker on Feb. 20. She is known for her botanical themed jewelry embellished with gemstones. Worden holds a bachelor’s and master’s degree. Her necklace “Waiting Boats” is in the collection of the Museum of Fine Arts Boston.

Artists 18 years of age or older who reside in Orange County are invited to participate in the city’s annual “Art That’s Small at City Hall” exhibition and competition, which exclusively features two-dimensional and relief works that measure 12 inches by 12 inches and under, including frame. Artists should bring their work and $15 entry fee to City Hall, 505 Forest Avenue, on Saturday, March 7, from 9-11 a.m. The accepted works will be on display from March 9 through April 17. The competition carries a $500 First Prize award as well as $200 Second Place, $150 Third Place and Honorable Mentions, which will be announced at the exhibition reception from 5-7 p.m. on April 2.

The current city hall exhibition titled “2020 Vision” features work by 20 current LCAD students of the college’s Master of Fine Arts program in painting and drawing. The exhibition will be on display until March 5. “We truly appreciate the ability to host local arts organizations and display the incredible work by local artists at City Hall. The rotating exhibitions bring life and energy to the walls and we hope the public takes the time to engage with each exhibition,” Adam Schwerner, chair of the Arts Commission, said in a statement. Contact arts program coordinator Michael McGregor at [email protected] or 949-497-0722 for more information.

The Laguna Beach Arts Alliance ‘Artist of the Year,’ Jason Feddy, will perform “Songs from the Heart and Other Organs” from 8-11 p.m. on Saturday, April 18, at the Laguna Beach Cultural Arts Center, 235 Forest Avenue. Tickets, $30-$50, are available at jasonfeddy.com.

Lead singer, guitarist and Laguna local Feddy was born and raised in Leeds, UK. His career has seen him open for Neil Young, Tears for Fears, The Cranberries, John Martyn, Christie Moore and Joe Cocker, and many more.

Feddy is a central figure in the music scene of Laguna Beach, playing at local venues, all three arts festivals and curating and producing the city’s “Sunset Serenades,” “World Music” and the “Music in The Park” series of concerts. For five years he was the daily morning DJ on Laguna’s local radio station, KXFM.

In 2019, Feddy wrote the music and directed the band in comedienne Rita Rudner’s Off Broadway show “Two’s A Crowd,” in which he also performed original songs.

Expect the singer/songwriter to entertain with poignant, moving and sometimes funny original songs, stories and jokes about his life, love and career.