Oceanfront landowners may have a more difficult time adding onto or remodeling structures under a proposed policy reviewed by the Planning Commission on Wednesday. 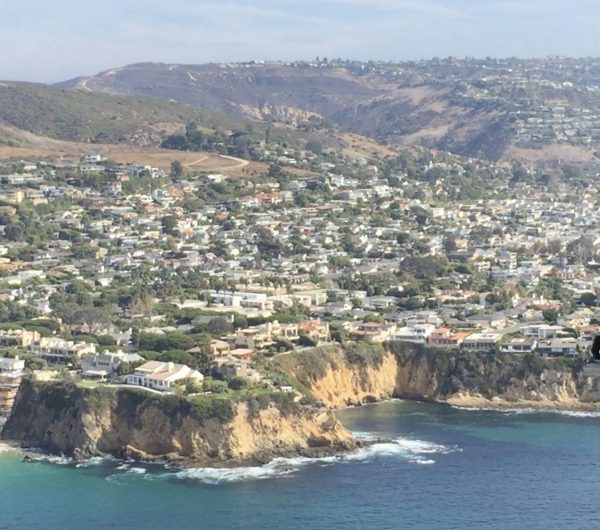 To address sea-level rise and related cliff erosion, the California Coastal Commission has set strict limits on new construction on bluff edges that could be jeopardized during a structure’s 75-year lifespan. State and local laws prohibit property owners from armoring cliffs to prevent erosion.

“The concern is if we allow improvements of these properties that it will open up the need to armor the beach,” said Marc Wiener, director of community development.

The Coastal Commission has recently found significant issues with oceanfront projects approved by Laguna Beach and appealed to the state panel, including the lack of specificity in how city law defines a major remodel. Currently, any construction that demolishes more than 50% of the existing structure is considered a major remodel and requires a coastal development permit.

In light of this criticism, city staffers are proposing a definition and set of standards for bluff-top development with the ultimate goal of reducing the number of projects rejected by the Coastal Commission, Senior principal planner So Kim said.

In January 2020, the City Council authorized a contract with geotechnical firm TerraCosta Consulting Group to create a map of Laguna Beach’s coastline that generally delineates appropriate areas of development. That work is anticipated to be completed by mid-March.

Once the assessment is complete, staff will create separate development criteria for portions of properties that are erosion-prone.

“I’m going to be very interested in seeing the mapping that comes forward and seeing what areas are erosion-prone and how we deal with that,” Planning Commissioner Anne Johnson said.

“We want to be sure that everything this go-around is clear, concise, and well defined and be clear about what applies to demolition calculations,” Whitin said.

Laguna Beach Realtor Loraine Mullen-Kress told the Planning Commission that real estate companies in town and all over California are very concerned about new laws that would require additional disclosures to buyers of oceanfront homes.

“That’s a pretty heavy disclosure and devastating to the value of a property when you realize it’s mapped into an erosion-prone location and therefore you can’t do maybe any additions,” Mullen-Kress said.

The incongruity between state and local law on oceanfront development led to an Orange County Superior Court judge ruling in July 2019 to uphold a Coastal Commission order for the removal of an unpermitted sea wall at 11 Laguna Drive. Homeowners Jeffrey and Tracy Katz appealed that decision last October and their opening brief is due Tuesday, according to court documents.

In the meantime, property owners with aging structures are urging Laguna Beach to adopt bluff top standards that will withstand Coastal Commission scrutiny.

“We understand that people need to improve these properties and they need to live in them so we’re trying to help with that,” Wiener said.

Kim promised work with the direction provided by the commissioners and return with a draft ordinance and map in the next few months.

County: Laguna Beach Has 29 Residents Who Tested Positive For COVID-19