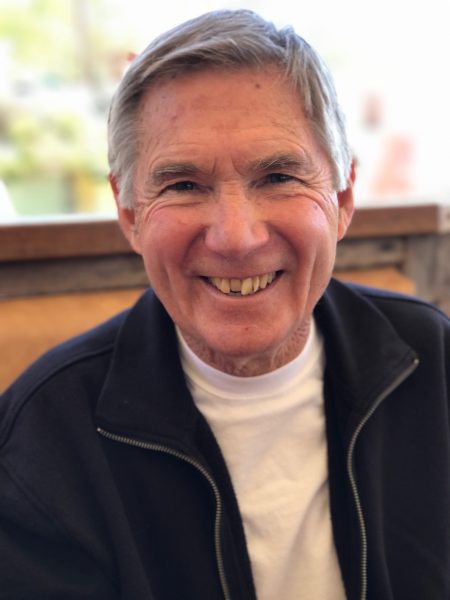 David French, designer craftsman specializing in exotic hardwoods and a 27-year veteran of the Festival of Arts of Laguna Beach, passed away peacefully at his home in Mission Viejo, California on Friday, Oct. 5. David is survived by his wife of 38 years, Denise French, and 34-year-old son, Drew French, along with Drew’s wife, Kelly, and his 3-month-old granddaughter, Brooke.

David was lot of things to a lot of people, but to all who knew him, he was hilariously funny, lacking any and all filters, oftentimes offensive and blunt, but always honest and unabashedly himself. He was the lifelong soulmate of his wife, whom he loved more than any human being could possibly love another. To his son, he was the most dedicated, engaged, and proud father for which any child could hope. To all, he was the one person that could manage to offend every single individual at a party throughout the course of an evening, but walk away more loved because of it.

David was born on Nov. 25, 1942 in Bell, California, where he was raised by his loving parents, Dudley Lynn French and Edith French, as the eldest son of four children—Dan French (brother), Don French (brother), and Dorrene French (sister). After his service in the United States Army, David moved from Bell to San Clemente in the late ‘60s, where he began his 30+ year career as an artist.

David first entered the Festival of Arts of Laguna Beach as an exhibitor in 1979 at the age of 36. David’s self-stated approach to his work was straightforward:

“Does form follow function, or function follow form? Ninety percent of the time in my work, there is a function that must be fulfilled. The challenge is to put a new form on it. My life/design philosophy equates to simplicity—clean lines, simple shapes, beautiful materials.”

Underpinning this philosophy, however, was David’s iconoclastic impulse to shed light on the absurdity of what he saw as pretension in the art world, and to turn one’s eye from the self-celebrating to the self-deprecating. His approach to his art was the same as his approach to his personal life: keep things honest, simple and irreverent. 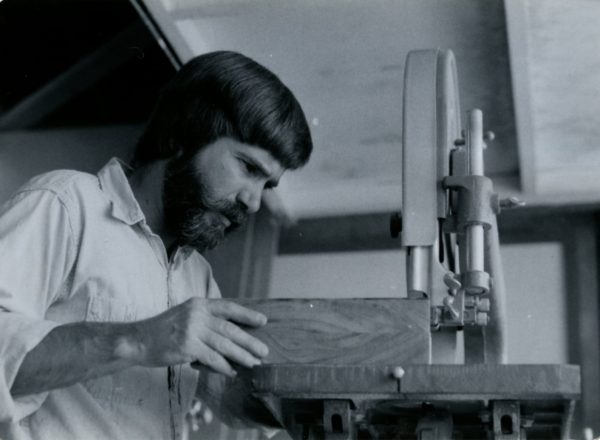 Local artists—such as Dan Skaggs, David’s friend since kindergarten and long-time exhibitor in the Festival of Arts—would be the first to tell you that while his stated artistic focus was on exotic hardwood, irreverence was his true medium.

For example, For My Lady was one of David’s iconic pieces that he would display annually at the Festival of Arts. Masterfully cut from several different exotic hardwoods, his sculpture was designed to capture the beauty of femininity in the most minimalistic and pure form of the Madonna. Clean. Simple. Beautiful.

At least on the surface.

This was his version of Marcel Duchamp’s Fountain. To him, celebrating an idealistic form of perfection was idolatry, and his way of challenging this modality was to recreate it in its most honest, pure form… then, quite literally, insert something primal to break it down to its unglorified, undeified—yet still beautiful—human form. Frankly, he wanted it to piss you off. Then he wanted you to think about why.

“People are too damned serious,”he would say.

Irreverence was indeed his true medium.

While he designed several enduring pieces for Road & Track magazine, custom items for San Juan Hills Golf Course, and has a cabinet on display in the permanent collection of the Festival of Arts, his most important contribution to the artist community of Laguna Beach was not his work, but rather his approach to the artistic process, his infectious humor, and his raw honesty. This is what made him such a strong presence at the Festival of Arts, and what made him so loved amongst his peers, friends, and family.

His was a love for life and a passion for laughter that will be sorely missed in the art community here in Laguna Beach. No one will ever be able to replace him, but his spirit will live on in the memories of those who loved him.