Thanks to the city’s community assistance grant program, the public interest law firm Seaside Legal Services will receive $3,000 to assist locals without means on civil matters. Others, such as the Trauma Intervention Program, received nothing.

“I’m thrilled,” said Laguna Beach resident and attorney Jane Fulton, who said Seaside Legal fills a gap, providing free legal aid for those who can’t afford it. They regularly work with the Laguna Beach Seniors, the Community Clinic and the Friendship Shelter, she said, noting that the closest similar service is in Santa Ana.

Every year, local non-profits are invited to seek grants funded by lease revenue from the Festival of Arts, which occupies a public park. Requests for financial aid far outweigh available funds, which amounted to $234,000 this year.

The two City Council members who volunteered to divvy up the grant money confronted a more difficult task than usual due to a 30 percent increase in requests and a decrease in funds.

Indeed, 52 groups requested grants totaling $706,284 this year, competing for slices of a $234,000 pie, which had declined by 8 percent compared to the previous year. Festival payments dipped because the Pageant of the Masters production on the festival grounds was performed on fewer nights in 2014 than the previous summer.

“Bob and I had to really scramble,” Boyd said, noting that some organizations received less than in the past. “We had to balance it out,” he said.

In the end, Boyd and Whalen divided $233,250 among 32 non-profits, leaving a contingency of $1,950. As a result, some previous recipients came up empty, some first-time requests were honored while other newcomers were bypassed, and some habitual recipients got less than usual.

The unexpected loss of a grant can force nonprofits to curtail programs.

Such would be the case for the city’s HIV advisory committee, which received $4,000 less than last year, said Mayor Pro Tem Steve Dicterow, the committee’s council liaison, who made a successful bid to secure the $1,950 contingency for them.

Meanwhile, the Sawdust Art Festival and the Soroptimist International of Laguna Beach, which each received $500 last year, came up empty this go round. And while newcomers such as Changing Souls and South County Safe Rides did score a piece of this year’s pie, others, such as The Heart Way, the Public Health Foundation and Laguna Beach Walks, did not. 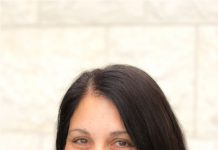 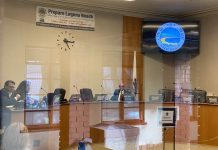