Real estate investor Mo Honarkar pitched his vision to redevelop the Holiday Inn Laguna Beach into a 112-room boutique hotel called the Cleo at the Oct. 18 meeting of the Laguna Beach Business Club.

Business owners packed into the conference room at Kitchen in the Canyon to hear from Honarkar, a 16-year resident of Laguna Beach, about his plans for the hotel at South Coast Highway and Cleo Street and some of his other commercial properties in town. Honarkar’s other holdings in Laguna include the Royal Hawaiian restaurant, Seven Degrees event center, 14 West Boutique Hotel, several multi-unit vacation rentals and Art-A-Fair, according to the online portfolio of his company, 4G Ventures.

Honarkar said he’s able to bring the plans forward now because the Holiday Inn’s land-lease expired last March after two years of waiting. The city’s Planning Commission is expected to review plans for the hotel at its Nov. 7 meeting.

“When I propose a plan I like to have a project that’s self-sufficient,” Honarkar said. “I’m not going to come up with a plan that’s beautiful and we’re just going to park [customers] on street. That’s not going to happen.” 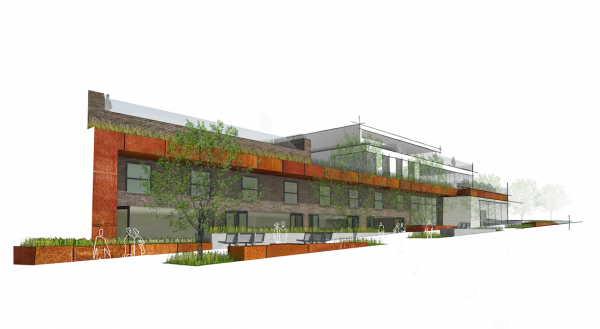 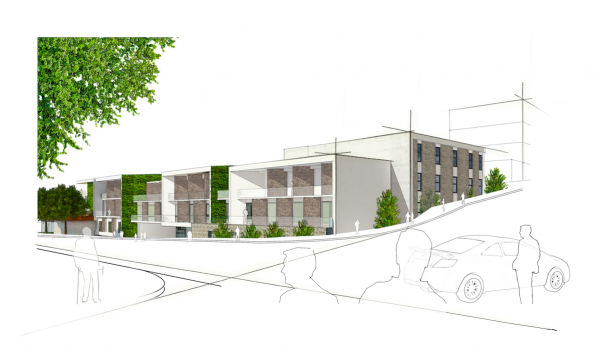 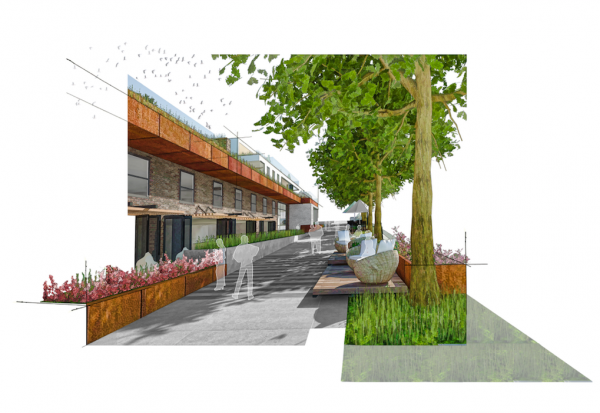 If the project is approved, future guests could expect a second story restaurant with outdoor seating on top of the hotel’s lobby. There would also be a rooftop garden.

Honarkar’s proposal to increase the number of hotel rooms from 63 to 112 rooms will be one of the design components that will require a variance from the City Council. Currently, a maximum of 84 rooms are allowed on the site.

James Danziger, a 45-year Laguna Beach resident and UC Irvine professor emeritus of political science, is one of the community members concerned about the variances the project will require and how they may negatively impact the neighborhood.

“The residents of Laguna need to ask themselves some hard questions about how much of this commercial mansionization and tourist-serving, resident-suffering development they support,” Danziger said.

Honarkar said the Cleo will play an important part in attracting the level of tourists willing to spend money at downtown shops and restaurants, which have seen a dip in foot traffic since the closure of Hotel Laguna. This is a different group from the day trippers that constitute the majority of the six million visitors that frustrate Laguna Beach residents, he said.

“We like to promote those tourists that will stay in town and help our local economy,” Honarkar said

The Planning Commission is expected to offer a preliminary concept review of the hotel proposal at its Nov. 7 meeting, Honarkar added.

Besides his plans for the Cleo hotel, Honarkar also shared a few details about his long-term vision for the Arts District, which includes the Art-A-Fair property. Although he shared no designs because the project is still in the planning stages, he would eventually like to build an underground parking structure that could host up to 800 parking spaces.

Honarkar spoke of future plans to create affordable housing that includes studio space for artists. He pledged to do that construction in phases so existing business owners aren’t inconvenienced at the same time.

“With this project, it’s too early to talk about it; obviously we want…to work together with the people and see what the wish list is,” Honarkar said. “If you want to build anything in Laguna, there is no land. So, this piece is all that’s left.”