Carballo, a lefty senior, was originally slated to be a defensive player this season but team injuries moved her into an offensive role where she hit a solid .318 as the team’s third best kill leader. She led the squad in services aces (51) and digs (291). Her top games were 15 kills against Arroyo Grande in CIF and Dana Hills during the regular season.

She will continue her career playing sand volleyball at Arizona State.

Cammie Dorn played a variety of positions but mostly at middle blocker leading the team in sets (games) played, kills, and hitting percentage (.344). She will continue her career in sand volleyball at USC.

Colliday was the boys water polo top scorer, assist leader, and steal leader this season and amassed over 200 goals scored in his career while Jacobs, a sophomore, was the number three scorer and assist leader and barely trailed Colliday in steals. 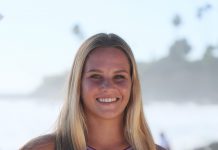 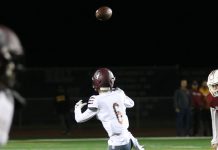