Inaugural film festival aims to inspire audiences to get outside

The Coast Film Festival will open Thursday, Nov. 7, and runs through Saturday, Nov. 9, in Laguna Beach, offering a lot more than films. Ben Warner and co-founders of the festival, Enich Harris and Ben Classen, hope the community-oriented event will educate the public about coastal resources and how they should be best cared for and enjoyed. 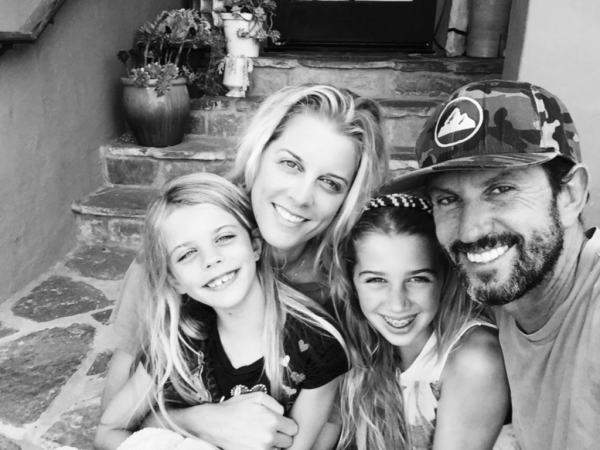 In addition to the 20-plus short- and feature-length films, the festival will include a beach cleanup, a canyon hike, an art exhibit, guest speakers and a youth education segment. Weekend passes, VIP and individual tickets are available along with a complete schedule of events at coastfilmfestival.com.

A short film, “Protect Our Peaks,” followed by a conversation with big wave champion and environmental activist Greg Long, will open the festival Thursday, Nov. 7, at Hobie Surf Shop from 7-9 p.m. A kick-off party at the Marine Room Tavern with live music by Skeleton Crew follows from 9 p.m. to midnight. “Greg’s presentation is geared for all ages and he’ll be signing posters as well. And there’s a good chance other Patagonia athletes will also be there,” said Warner, adding that he wanted to provide an opportunity for local kids to meet their athlete heroes.

Warner moved to Laguna Beach from Colorado in 1991 for a job at Powder Magazine. He helped start Laguna Beach Magazine and served as advertising director for the Sierra Club. In 2018, he opened the marketing and advertising company Skeleton Key Agency. “I have been working on the business plan [for the festival] for several years,” said Warner, who is a passionate outdoor enthusiast like Harris, a filmmaker, and Classen, a waterman, photographer and partner at Skeleton Key Agency. “It was a bit of a challenge because our theatre doesn’t work, but we figured it out,” he added, referring to the still-vacant theatre in downtown Laguna.

Laguna Beach students will have a chance to meet with the filmmakers on Friday Nov. 8. Warner says the idea is inspire kids to get outside more and to become more aware of and have a heightened responsibility for their natural surroundings.

Friday’s films about ski and snowboard culture, “Winterland” and “Roadless,” along with the short film, “Fire on the Mountain,” all produced by Teton Gravity Research, will screen at Seven 7 Seven; doors will open at 5 p.m. Pat Parnell, the action sports broadcaster, will lead a Q&A with filmmakers and athletes after the screenings. Tickets for the films, $20, and for the films plus a whiskey tasting lounge, $45, are available on the film company’s website: tetongravity.com.

Teton Gravity produces and distributes their films nationally in key snow markets, in major cities and at small events. This year their films will be shown in over 100 different locations.

A show featuring 40 pieces of mixed media art curated by Will Pennartz, the former owner of The Laguna Surf Art Gallery, and Long Beach artist Charlie Adler using the theme, “From the mountains to the sea and the space between,” will be on display and for sale at Seven 7 Seven on Friday and Saturday evenings.

Harris, who grew up in San Clemente, and Warner, originally from Connecticut, met 20 years ago. “We [eventually] went different ways, but we both made a life out of following our passions and making a career out of chasing our dreams and doing what we love; surfing, skiing and snowboarding. It has been awesome to reunite…to launch this festival together,” said Harris who is known for his documentary film, “Andy Irons: Kissed By God.”

Rise early on Saturday as not to miss a beach cleanup at Aliso Beach and a nature hike led by the Laguna Canyon Foundation.

Starting at 10 a.m. on Saturday, a series of four short films, including “Public Lands” by Laguna filmmaker Greg MacGillivray, will be shown at the Forum Theater on the Festival of Arts grounds. Pat Parnell will lead a Q&A with the filmmakers and professional athletes after the screenings.

On Saturday evening beginning at 5:30 p.m., catch an encore screening of “Fire on the Mountain,” with music by the Grateful Dead, the art exhibit, live music and a cash food and beverage bar at Seven 7 Seven.

In addition to inspiring audiences to get outside, Warner said he hopes the festival will serve to “broaden the conversation around preservation of our natural resources…and promote protection of them for a more sustainable future for generations to come.”

Coast Film Festival is a member of Yvon Chouinard’s  1% for the Planet organization and will donate 1 percent of event proceeds to Surfrider Foundation, climate advocacy group Protect Our Winters, and Dodge College of Film and Media Arts at Chapman University.