About 100,000 new voters have registered to cast ballots in recent months in anticipation of next week’s California primary election, where four congressional districts in Orange County are in play.

Despite the bump in voter registration countywide, within the hotly contested coastal 48thcongressional district spanning from Seal Beach to Laguna Niguel, there is little indication that registration efforts have changed the current political landscape. 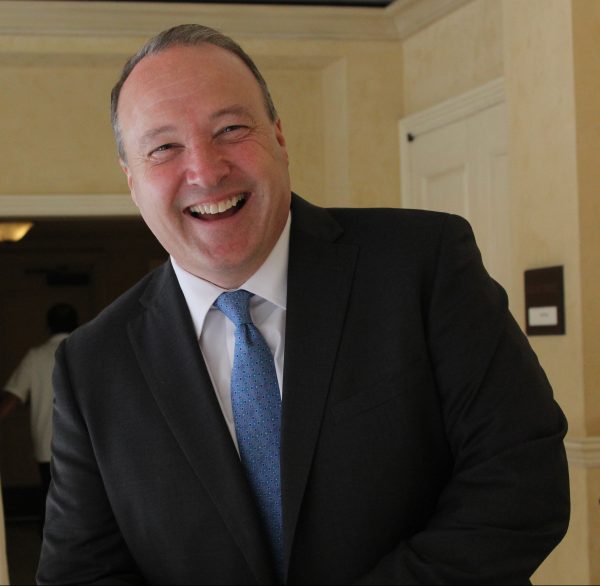 “There is no blue wave,” former Republican party chair Scott Baugh said at a campaign stop at a realtor’s office in Laguna Niguel this week. There, Baugh, of Huntington Beach, described his support for work-permits for immigrants and loosening government regulation and rejected excluding any group from homeownership.

He is one of 15 candidates striving for a second place finish in the Tuesday, June 5, election and the chance to unseat longtime fellow GOP incumbent Dana Rohrabacher in the November midterm election.

“Republicans have lost a lot, but Democrats have gained much less than half of what the GOP has lost,” Petracca said. Instead, “the registration of Decline to State voters has gone up from 17.36% in 2004,” to more than a quarter of the electorate today.

Incumbents seeking re-election have money, name recognition, people used to voting for them and typically a good ground organization, Petracca pointed out. Rohrabacher has withstood challenges for years because the 48thhas remained a solidly GOP district for such a long time. Petracca thinks that’s not the case any more.

“However, the GOP still has a 10 point advantage over the Democrats in the 48th and the likely winner in this race come November is most likely to be a Republican.  The question is whether it will be Rohrabacher or Baugh,” said Petracca, who predicted that a Democrat will make it through the primary, where the top two vote getters, regardless of party go on to compete in November.

Neither of the two strongest Democratic contenders, Harley Rouda and Hans Keirstead, both from Laguna Beach, have held elective office before. And like their two Republican front-runners, the two aggressive Democrats have divided loyalties and presumably votes within their own party infrastructure.

Rohrabacher received the backing of the state GOP party and the county Republican Party, which Baugh formerly led.

Keirstead won the backing of the state and county Democratic Party, while Rouda received a de facto endorsement from the national Democratic Congressional Campaign Committee.

Party endorsements typically buoy campaigns with their own slate mailings to registered voters. Funding by interests other than the free-spending candidates themselves is now pouring into the district, considered the nation’s sixth most expensive congressional race based on $6.4 million in spending, according to Open Secrets, which tracks campaign spending.

New OC Future PAC, based in McClean, Va., has spent $204,000 since April 21 on anti-Rohrabacher and anti-Rouda ad buys, Federal Election Reports show. The House Majority PAC and Priorities USA Action, both based in Washington, D.C., are underwriting scathing anti-Baugh ads. And the surfer-led PAC Blue Uprising, based in Campbell, Calif., used crowd sourcingto erect an anti-Rohrabacher and anti-Baugh billboard that illustrates the candidates ties with Russia. It’s located Beach Boulevard in Westminster.

Each of the leading candidates in District 48 has spent a $1 million or more on the race.

Also last week, Rohrabacher lost the backing of the National Association of Realtors for expressing his support of a homeowner’s decision not to sell property to someone whose lifestyle they disagree with.

Petracca predicts it will be Rohrabacher vs. Rouda in November. Even so, he questions whether Rouda can overcome the power of incumbency.

Though he credits Rouda with running a solid campaign, collecting endorsements of Democratic officeholders, “he’s from Laguna Beach which is a pretty different sort of place from the population center of the district, which is located in Huntington Beach,” he pointed out.

Even if two Democrats end up in the race for the state’s highest office, which might depress Republican turnout in the midterm election, Petracca thinks the party split within the 48thdistrict between Democrats and Republicans is too much of an advantage for Rouda to bridge.