Francone was born Dec. 25, 1944, in Los Angeles. He was raised in Alhambra where he attended All Souls Catholic School and Alhambra High School.

As a young child, Frank appeared in television and film, including the film “Go For Broke,” starring Hedy Lamar and John Hodiak, which still airs on television. In another memorable appearance on television’s “I Love Lucy,” he had a role as a relative of Ricky Ricardo, an episode shown regularly in reruns.

Right out of high school, Francone was signed by the Minnesota Twins baseball team and reported to spring training in Fernandina Beach, Fla. After spring training, one of the coaches, Billy Martin, invited him to keep playing baseball in the Florida State League.

In 1966, Francone served his country by enlisting in the National Guard. Francone was employed by Rykoff Foods for over 30 years.

He was preceeded in death by his parents Vito and Barbara. Francone is survived by his children Vito Francone (Wendy), of Buena Park and Valerie Ross (Tommy) of Oxford, Penn.; four grandchildren, Frankie, Jake, Michael and Nathan; brother Nick; sister Martha Montgomery (Jerry); and many loving nieces and nephews.

As a long time resident, Francone was well known and loved by his many friends and will be greatly missed.

A viewing and rosary was to be held at Saddleback Chapel and Mortuary, in Tustin at 4 p.m. Thursday, June 9. Funeral services are planned for St. Catherine Catholic Church in Laguna Beach on Friday, June 10, at 10 a.m. 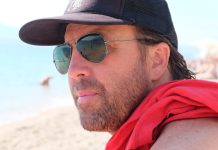 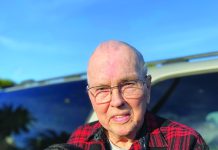