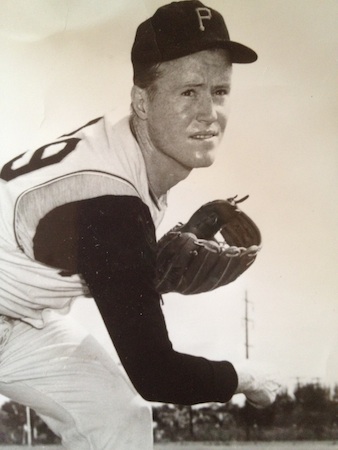 Witt enlisted in the Marines during the Korean War, and about that time his great pitching arm was discovered, leading him ultimately to pitch for the Pittsburgh Pirates as they won the 1960 World Series.

Witt later earned a master’s degree at Cal State Long Beach and went on to a successful teaching career at Tustin High School, here he met his future wife Ellen.

After retiring from teaching, Witt discovered his love of singing. He sang in South Coast Singers, the InSpirit Church Gratitude Choir, and the San Clemente Choral Society.  His joyful exuberance and his beautiful voice will be greatly missed.

Witt is survived by his devoted wife of 42 years, Ellen, and his children Linda Webb and Mike Witt, along with his beloved grandchildren and great grandchildren.

Donations in George Witt’s memory may be made to The Humane Society.