Invasion of the Water Snatchers

In the 1956 classic science-fiction film “Invasion of the Body Snatchers,” a small town is mysteriously overtaken by aliens that have planted emotionless replicas of the town’s inhabitants. This may be as good an explanation as any for what happened last week at the City Council when the Council overturned its own 45-day pool moratorium after just 21 days. But it wasn’t aliens that invaded our City Council.  It was the pool industry.

It was pointed that Laguna Beach has a bifurcated water policy because it is divided up between two water districts, so that residents who live north of Nyes Place (the majority of us) get their water and water policy from the Laguna Beach County Water District (which only serves Laguna Beach) and residents who live south of Nyes get their water and water policy from the South Coast Water District, which serves South Laguna and other south-county cities. Council member Steve Dicterow stated, “I will support the moratorium on new pools. It is really important to have consistency with what South Coast is doing.”

Council member Toni Iseman suggested the moratorium on new pools. “It’s hard to tell people to turn off the tap when you’re brushing your teeth and yet we have these massive pools.”  And fellow Council member Rob Zur Schmiede agreed, “I find it difficult to ask people to cut back and allow for people to build pools.”

What is remarkable is that on July 14, the Council was poised to enact the strict measures until the drought was over. Council member Kelly Boyd supported the ban as well and told Toni, “It will have to rain a lot before they pull the drought emergency, Toni.”  But that was all short-lived.

On Aug. 4, the Council reversed course and repealed the moratorium going back to status quo. Somehow the moratorium on pools morphed from conservation into a fact-finding mission. Kelly insisted, “The moratorium was set so we could get more information before making any changes to the city code.” But if fact finding were truly the intent, why was there such a rush to end the moratorium early? Why didn’t Council provide any guidance to the Design Review Board about how big pools should be, especially on the hillsides; how much natural vegetation should be allowed to be removed from open space? What constitutes “not in use” when it comes to pools requiring pool covers? And why did Council allow the pool industry to formulate policy when it comes to autofilling devices?

Notably, the change in course had less to do with fact-finding than with City Manager John Pietig, who from the outset complained about restrictions on pool building.  “People paid money to have all those plans, architects, engineers . . Lot of things to consider that can be very expensive for those property owners – later on.”  Pietig conveniently overlooked that developers aren’t entitled to develop just because they took a risk and spent money. Clearly, Pietig was promoting his own agenda and not the Council’s.

According to Jessica Bean with the State Water Board, Laguna is now facing a formal letter of violation because it has not met its cumulative goal of 24% water reduction and will be required to explain its conservation policies. Christopher Regan of Laguna’s water district said that if we do not meet our goal, we may be forced to restrict indoor water use as well. Meanwhile, Dicterow said it was worse to have a temporary ban on pool building – supposedly worse than being cited by the State.

I am just curious how the city will now explain its conservation policies after rescinding them? Perhaps “Invasion of the Body Snatchers” is the best explanation after all. 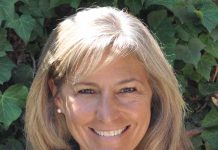