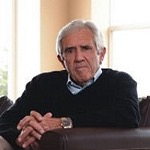 The more we hear from the Measure Q’s authors, the more they provide reasons to vote no.

Consider a Q author’s recent Indy column. He explains how Q actually enables new projects versus freezing change as contended by Q’s opponents. The author describes how Q would permit a 70-room hotel without a vote. This would indeed be a strange hotel. For 70 rooms to be below Q’s size limit and therefore avoid a vote, each room would be a tiny 300 s.f. No need to worry about traffic because the hotel couldn’t rent any rooms. Why? Because nobody could access the rooms since there would be no stairs, halls, and elevators to achieve 70 rooms and still be within Q’s limit. There would be no lobby, dining room, public restrooms, and no bar. Some hotel!

He continues by saying that Q supports St. Catherine’s, which the city is buying. Did he forget that under his Measure Q, because of a use change, St. Catherine’s would require a public vote and up to a two-year delay. Or is he suggesting the city operate St. Catherine’s as a church so a use change wouldn’t be triggered? If these kinds of misstatements weren’t so serious, they’d be laughable.

Among the problem with Q’s public vote mandate isn’t just the time and cost. There’s no assurance a vote will succeed for even the best proposal. Why? Some people always vote no, some oppose any public expenditure, some businesses won’t want competition, and neighbors who may be impacted will vote no. Approval isn’t in the bag.

So, here’s why you hear inconsistent messages from Q. Since I and others have been calling out the serious problems with Q, its authors have been struggling to explain away Q’s flaws. At the same time, Q supporters are going door to door, contending Q only impacts large developments when we know Q sweeps in the smallest. The recently approved coffee shop, the ice cream parlor, and the sandwich shop are each an example of very small projects which would have required a public vote under Q. And they’re each the kind of projects that will delight us.

Ask any of the three people opening these three small spots if they would have proceeded if they had to endure the time, cost and risk of a public vote.

Here’s a further example of the problem with Q. I recently stopped at a Q table outside the farmers’ market. I asked about Q’s several flaws. Their answer – flaws can be corrected later. Really? Changing literally anything in Q requires a public vote with a possible 2-year wait. And if a vote succeeded, would Q supporters look to a provision buried in Q that requires a majority of the electorate to make a change. That’s a majority of the people eligible to vote, not a majority of those who actually voted. Nothing would ever pass.

Q’s authors now say the term electorate is misunderstood and they meant those who voted. If so, electorate should never have been used. There are loads of major provisions in Q just like this one that weren’t sufficiently thought through or intentionally inserted to mislead.

This is why our signs say, “Don’t Be Fooled – Vote No On Q”. Q may initially have been well-intentioned, but it’s morphed into something terribly flawed and it’s now too late to be changed. Instead of pulling it and coming back with a more sensible version its authors are making excuses for Q which simply don’t fly.

We all love our town including Q supporters. It’s the stringent process that has given us what we love. The process works most of the time. Sure, we don’t agree with every Council decision. But that’s how a representative democracy works. The town we love is a product of a process that works!

Q is wrong for Laguna. Vote No On Q