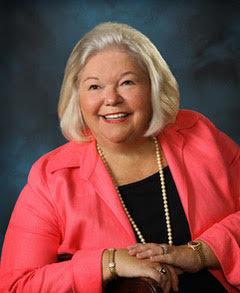 Being carsick was the price I paid to go to Laguna Beach each summer.

My mind’s eye sees my mom turning her head to the backseat, “Carolyn, it’s all in your head; roll down the window and think about something else.”

But how can you think of something else when you are sitting in the backseat with your two younger sisters who are guilty of body creep over their tufted line in the vinyl upholstery.

The highway was long but when we would spot the huge pink plumed horse on the side of a building then I knew that we were near.  Just a few more miles and then we would make the final turn and see “him”. I waited all year just to say “Hi.”

Eiler Larson (1890-1975) stood by the side of the road all day long and seemed to be ancient. He had been at his post when my mom was a little girl and had also had stints on Washington, D.C., and Manhattan where he was known as “The Flower of Wall Street.”

But he settled in the art colony of Laguna and became the beloved “Greeter”. His clothes were worn and his appearance quirky, but his smile was wide and his waves of welcome and shouts of “Helloooooo” were famous with townspeople and tourists alike.

The three of us would wave wildly, fighting for space in the open window of the huge boat of the Pontiac station wagon.

I can hear their voices even now and feel the slap on the arm that one of them might whack on the other.

Two generations later I find myself at the same beach with my first grandchild.

Libby wakes up from her nap a sticky mess and nothing will soothe her. I dress her in a little sunsuit, and we head out the door to our courtyard brick wall that overlooks the walkway and sand. I pick her up and sit her on the bricks; she folds her little hands into her lap and eagerly looks to her right and left.

Sometimes we are lucky, and a walker has a dog that causes waves of delight and points with chubby little fingers.

There are some people who do not notice our little greeting committee of two. This does not bother Libby. She waves, smiles, and talks nonsense to everyone. She is an equal opportunity greeter.

I start to mentally play a game. As someone approaches, I bet “will they or won’t they” engage us with a smile and a wave. There is no common denominator for friendliness. Crisp resort apparel, baggy surf shorts, sun wizened or young and buff there is no way to tell. However, it might be my imagination but those who do share a wave, or a smile walk away with a little spring in their step.

When people don’t react to us then I whisper to Libby that they must have been lost in their own thoughts and did not even see us. She kisses my cheek.

We returned the following year and Libby’s waves were now often met with “Wow, you have grown!”

Now at 73, we are taking my daughter’s family to the beach this summer. Baby Emma has been added to the tribe. When I announced the trip, Libby ran to Emma and squeezed her. “Now you can be a greeter with me!”

I can’t fully explain the warmth that I feel from knowing that my mom’s, mine, my daughter’s and now the fourth generation will always feel the warmth and shared humanity of just saying “Hellooooo!”

Carrie is a serial storyteller who looks for humor and meaning wherever she goes. Married 50 years, raising a family and now with grandchildren she is putting together a collection of stories that will bring you a smile, a tear or something to ponder.