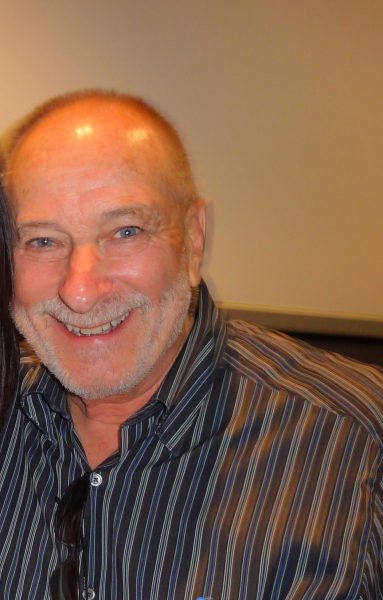 As a resident of Laguna Beach since 1978 I find it a major insult that you and other writers at the Indy always refer to us as “developers” rather than “caring residents” in your newspaper.  The three of us really care and love Laguna Beach or we wouldn’t stay here.

Your writings about me, Cindy Shopoff and Mike Ray makes you seem like a shill for Village Laguna, Residents First, Cando, South Laguna Civic Association, TOWNA, Laguna Beach Business Club, Women’s Club and all the rest of the community that likes to live in the past and say “no” to anything and everything that can bring us into the 21st Century.

Here’s a bit of my resident Laguna Beach history, now in its 42 year. I was the moving force that the 2% bed tax for the Arts & Visitors Bureau was created in 2001 and has delivered more than $50 Million dollars for the Museum, Playhouse, LCAD, Arts Commission and Visitors Bureau since inception.

As a resident, I co-created the non-profit Laguna Beach Live with Cindy Prewitt that was started in 2001 and still feeds this community with 40 to 50 low cost musical community concerts annually that receives numerous awards and community accolades.

As a resident, I was the driving force to bring music and an orchestra program into our public schools. This effort took 38 years and nine school superintendents to finally get approved.  Thank you SchoolPower for helping me make it happen. Now music education with instruments starts in the third grade.

As a resident, in 2011 I created and produced the only PBS-TV 1-hour award winning musical television show sponsored by the Montage Hotel.

As a resident, I bought the Heisler Building in 2006 and it took me nine years of bickering with the Heritage Committee, Planning Commission and City Council to get to the point of obtaining something wonderful to look at in this “down trodden community.” In 2010, I received the “Spirit of Laguna” award for this “restoration.”

So after 42 years of living here, I find I can no longer accept “no” on everything that has to do with change and that is why I am a totally involved with my fellow members of non-partisan Liberate Laguna. We are here to protect the rights of all those that do not believe that “no” is the correct community thought or word going forward.

You quoted Johanna Felder saying “we support smart development that will actually benefit the residents not to benefit real estate investors and developers.“  Please note that there has been only one new commercial project accomplished in Laguna Beach in the last 65 years and it was the Montage Hotel, which took nine years and three voter initiatives to get built, all negatively sponsored by Village Laguna before it was started. So I am still trying to understand what “smart development” means.

So please stop referring to us a “developers”, as the inference is beyond reasonable and shows how little time you have spent finding out who you are writing about in such negative words and thoughts. If you want to be a respected paper, I suggest you spend some serious time making it happen.

Samuel is a co-founder of Liberate Laguna.