A recent survey about the health of low-income residents in five south-county cities, including Laguna Beach, reveals a significant increase in the incidence of cancer, diabetes, heart disease and obesity compared to 2013.

The results of the first phase of Mission Hospital’s community health survey were released last week. The survey conducted via telephone by Professional Research Consultants, Inc. indicates a worsening in the health of those who responded, families living at 200% of the federal poverty limit as defined by healthcare.gov. A variety of specific issues were assessed in the survey, which relies on guidelines from the Center for Disease Control and the National Health Interview Survey.

The number of low-income residents who reported ever having cancer increased significantly to 7.3% from 1.8% in 2013. The number of diabetes sufferers jumped to 13% in 2016 from 3.5% three years ago and the number of heart disease patients went up to 8% currently from 2.1% in 2013.

Also trending in the wrong direction is what the survey identifies as modifiable health risks: weight, nutrition and physical activity. The report says adult obesity has “increased considerably” to 28.9% from 19.5 % in 2013.

This year 39.3% of survey takers report that it was “very” or “somewhat difficult” to buy fresh fruits and vegetables at an affordable price, compared to 25.2% in 2013. 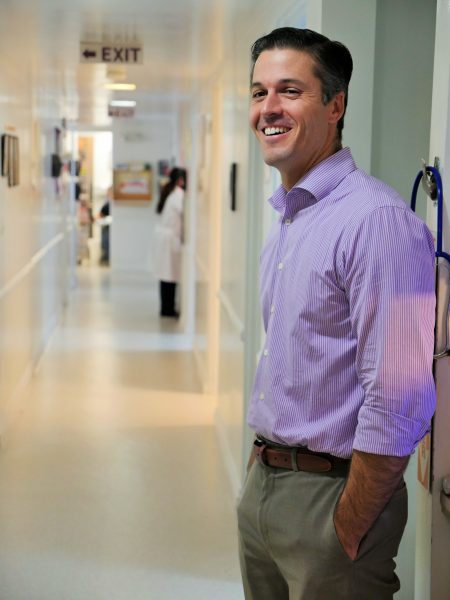 Surprisingly, the Affordable Care Act might have had an effect, says Dr. Jorge Rubal, associate medical director of the Laguna Beach Community Clinic, which treats many low-income patients. The survey results may reflect the expansion in medical insurance under the Affordable Care Act with more people seeing doctors and receiving a diagnosis.

Heart disease and diabetes can go undetected, he said, and “sometimes those conditions are discovered in a routine check up.”

“The target audience of the survey is the same as the patient population LBCC has been treating for 45 years,” said Rubal, who over his three years at the clinic has seen a surge in patients struggling to stay in their homes. He is concerned about future funding for safety-net clinics like LBCC.

The survey was conducted to identify health and quality of life needs of residents who are living on incomes of $32,040 for a family of two or $48, 600 for a family of four in Laguna Beach, Lake Forest, Mission Viejo, San Clemente, San Juan Capistrano and Capistrano Beach. The cities comprise the service area of Mission Hospital, which operates hospitals in Mission Viejo and Laguna Beach.

The 2013 survey found 69,512 people living below 200% of federal poverty level in the hospital’s service area. Eduardo Moreno Cerezo, manager of health communities at Mission Hospsital said the 2016 number is not yet available from the U.S. Census Bureau.

This year 1,750 people participated in the telephone survey, said Linda Wall, a hospital spokeswoman. Respondents were contacted on landlines and cell phones using records from the hospital and some randomly selected phone numbers in the target zip codes. Those surveyed mirror the general population with regard to age, gender and ethnicity, Cerezo said.

One comparison of Laguna Beach’s population to the other communities in the survey can be measured by the number of free or reduced price school lunches provided within the Laguna Beach Unified School District.

Of the more than 3,000 students, 287 or 9.5% receive free or reduced-rate lunches, said Leisa Winston, a district spokeswoman.

In the Saddleback Valley district, which serves 28,000 students in Lake Forest, parts of Mission Viejo and eight nearby communities, 27% receive free or reduced rate lunches. In the Capistrano Unified School District, where 54,000 students from San Clemente, San Juan Capistrano, parts of Mission Viejo and seven other communities are enrolled, 22 percent were entitled to free and reduced-price lunches, spokeswoman Kristin Hillman said.

More information will be gathered in focus groups and community forums in the second step of the survey, said Cezero. Those findings along with local and statewide census information will be compiled to complete the hospital’s internal assessment of its performance and impact on community health by March, Cezero said. The survey results will guide community outreach and programs offered by the hospital, he added.

With their own community development resources and alliances with other social service agencies and non-profits, Mission staff will choose several areas where they believe they can make the biggest impact. “Some initiatives may change, some may be re-designed and some will shift,” Cerezo said. “St. Joseph’s has a strong commitment to mental health, so that will most likely be one focus area for the next three years.”