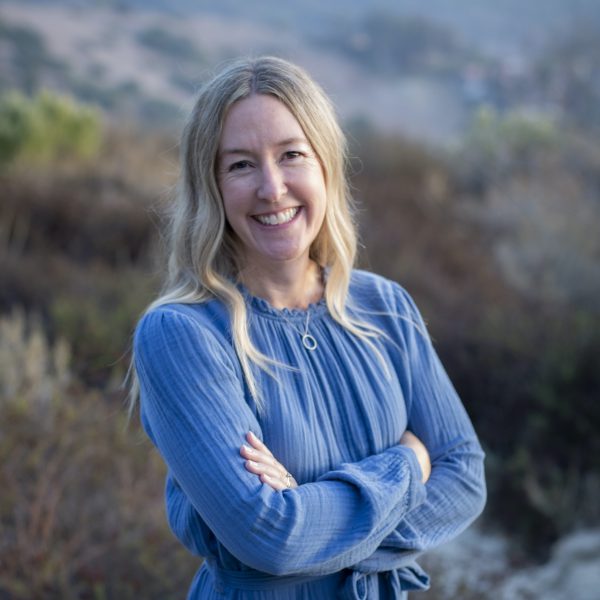 He’d taken to carrying the ring in his pocket every time they left home together. Of course, they weren’t going out much these days.

Hand in pocket, Max rubbed his thumb on the small velvet box. Feeling a smooth patch, he quickly pulled away and reached for Janey’s hand instead.

“Wow, so much for shelter in place.” Max adjusted his mask nervously, scanning the area for a more private spot as a group of walkers passed them on the trail at Alta Laguna.

“We can’t,” Janey responded, looking down at the golden ball of fluff beside her. “With this guy, we have to stay on the main path.”

They were watching their neighbor’s pandemic puppy. It was some kind of Pomeranian mix with beady eyes and too much energy.

Max sighed and looked at the non-stop parade of people on the ridge. The ring clunked against his thigh with each step.

Initially, the proposal had been planned for July 4. He’d get down on one knee on Main Beach with fireworks bursting above them. But there were no fireworks this year, so he waited for a better time.

He planned a getaway to Malibu in September, arranging for candles and champagne at a chic boutique hotel. But they agreed it was non-essential travel and cancelled the trip, so he waited for a better time.

He thought Thanksgiving would be perfect. Her family would be thrilled to be a part of the big moment! But the family gathering was called off, so he waited for a better time.

Now it was December with a new lockdown order in place. A “better time” was feeling as far off as a vaccine dose for a healthy 32-year-old.

“You OK?” Janey grabbed his elbow as he slid on a rock.

Back in March, they were thrilled to be stuck at home for a few weeks. They’d moved in together the year before but barely had time to hang pictures. Their weekends were filled with traveling – bachelor parties, girls’ weekends, and weddings. Lots of weddings. Now, days were an indistinguishable stream of working, outdoor walks, and driveway happy hours.

“Maybe we should get our own dog!” Janey’s eyes lit up as she verbalized the idea.

He looked down at the tiny mutt trotting along beside her, drifting occasionally to sniff a bush.

“Oh wait, I forgot—that would be a commitment.” She jabbed his rib gently with her elbow.

He looked over at her grin and rolled his eyes.

As a male with a decent job in a long-term relationship, all those weddings came with a certain amount of pressure. He wasn’t oblivious—he overheard the probing questions Janey gracefully deflected and watched as she dodged bouquets tossed squarely in her direction. They did keep a running list of things they would never do at their wedding, often compiled over morning-after scrambled eggs at Zinc Cafe. But overall they kept wedding talk to a minimum.

He dug his hand into his pocket. “I’m open to a puppy…”

“Don’t sound so surprised! I’m the one who works at home all day. I could use the company.” He pictured himself in their tiny cottage on Aster Street and looked down at the fluff ball. “It would have to be a decent sized dog. Manly.”

Hand in hand, they spent the rest of the walk staring at dogs and trying to agree on shape, size, and color.

That night, as they snuggled in bed watching The Crown, he kicked himself for not pulling out the ring… again. He thought carrying it around would inspire him to spontaneously fall down on one knee. Instead, he was learning that he might be incapable of an “in the moment” proposal. It’s not that he was not afraid of commitment; he was a planner.

He pulled Janey towards him for a kiss. “Mmmm… nice,” she said, turning back to Princess Margaret on the screen.

The ring stayed hidden under a pair of socks in the top drawer of his dresser. After all, New Year’s Eve was only 11 days away.

Sarah Durand’s husband proposed 22 years ago at a beach in Malibu, despite high winds and sub-optimal conditions.