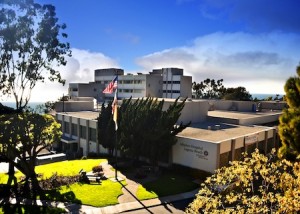 Mission Hospital made an informal inquiry of state Health Department regulators about seeking permission to change the sort of patients that could make use of its underused 10-bed intensive care unit at the Laguna Beach campus, officials confirmed on Friday.

City officials who learned of the initiative initially feared that hospital administrators intended to close the unit altogether, which would also trigger the closure of the emergency room, a service city officials have staunchly demanded remain intact.

“We are committed to keeping the ER department; we know it’s important to the community,” hospital spokeswoman Tamara Sharp said.

The hospital’s third-floor med-surg unit consistently runs over capacity, forcing the transfer of patients to Mission Viejo even though there is room in the nearby ICU, Sharp said.

The letter of inquiry seeks flexibility by hospital administrators to place admitted patients in what are preferred, single-occupancy rooms in the ICU unit if they are unoccupied, since all but one of the third-floor rooms where patients typically recover from surgery or illness are semi-private, Sharp said. Ocean views are visible from almost every room in the 207-bed facility, including the behavioral health floor and chemical dependency and provided by Mission Pacific Coast Recovery.

“We have many patients requiring a lower level of care as they heal from surgery or other treatments who could benefit greatly from the soothing ocean views and comfort of the private rooms,” said a statement from Kenneth McFarland, president and chief executive of Mission Hospital, whose license covers both campuses in Mission Viejo and Laguna. Mission is part of St. Joseph Health, based in Orange.

Since acquiring the former South Coast Medical Center in 2010 for $35 million, Mission has invested $21 million in renovations, including expanding the behavioral health unit from one floor to two. The hospital’s fifth floor, which housed a long-term care facility, remains empty, Sharp said.

“Greater flexibility in how we use the valuable space we have there will help us continue to meet the evolving – and highly individual – needs of the community with the same advanced care the people of Laguna Beach and our coastal communities have come to expect from Mission Hospital,” McFarland said in a statement.