She had been in failing health for several months and entered hospice care last summer.

Campbell was an active real estate agent in Laguna Beach, selling homes even into her 80s. Legend has it that Campbell sold many local houses three times over during her career.

Many will remember her exuberant personality, professional success and adventurous nature. She had many friends and a lifelong love of animals. She leaves behind her beloved bijon, Benji.

Born Oct. 26, 1924 and raised in St. Louis, Mo., Campbell studied chemistry at the University of Chicago. She served in Hawaii during WWII as a marine and migrated to California shortly thereafter.

Campbell was a fierce and courageous advocate for equal rights at a time when it was perilous to be so. In 1978, during the campaign against the Briggs initiative, a law that threatened gay rights and would have permitted the firing of gay teachers in public schools, many people were too terrified to be identified as gay friendly. Campbell had then send checks and cash through her and routed them to the cause.

Campbell’s presence as a gay female realtor in Laguna from the early ‘60s until last year cannot be ignored. She was a generous mentor, taking many fledgling realtors under her wing. She was also well respected for her honesty and astute protectiveness where her clients were concerned. Her influence and help to other gay women in business was considerable. One of her favorite projects as a realtor was to adopt needy families during the holidays and shower them with gifts.

In lieu of flowers, remembrance donations may be made to Animal Crackers Animal Rescue, 24310 Moulton Parkway, Laguna Hills, Ca., 92367, or a charity of your choosing. 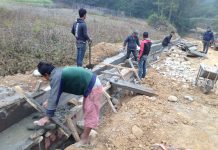 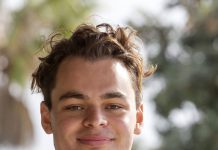