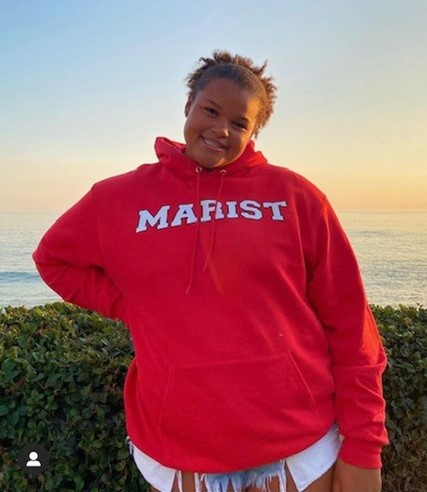 Ella moved to Laguna Beach High School at the start of her junior year. This has been the most amazing two years she has ever had. She has committed to play Division I water polo at Marist College in New York and carries a 3.4 GPA. Our family is originally from New York and Pennsylvania, and the east coast has always been in her heart.  Although she will be far from mom and grandparents, she will be close to her east coast family.

We are excited to see what this next chapter has in store for her. We know Ella will do and be great things! We are so very proud of her and grateful she was able to have these last two years in Laguna with Coach Ethan, and the other coaches. This truly an awesome group of young women and parents. 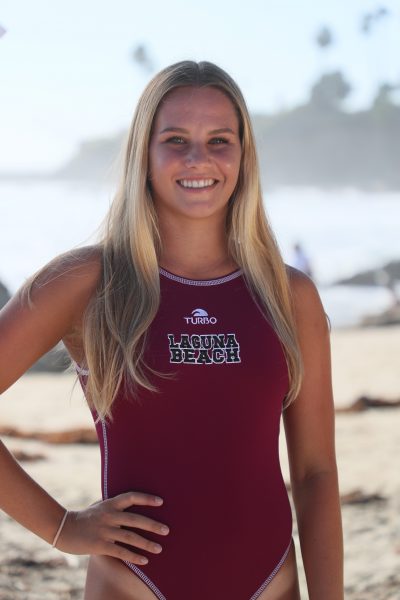 She has verbally committed to play water polo at Princeton University in 2021.

Honors received are; 2019 CIF D1 Champion, 2020 CIF D1 Champion, 2020 All CIF D1 Second Team, 2020 First team All Surf League, 2020 OC Register All County Second Team, 2020 Daily Pilot Athlete of the Week. Rachel has a 3.9 weighted GPA. She loves to surf and go to the beach with her family and friends! Her parents are Rob Carver and Julie Carver and she has two siblings, Hannah and Kara.

Imani is a three-year Varsity player who carries a 3.4 GPA and has committed to play water polo for the University of California at Santa Barbara. Clemons will provide UCSB a powerful force at the Center Position, an exceptional shot selection from the post, and the uncanny ability to score or draw exclusions at the most crucial moments of any given match. Imani enjoys the camaraderie of her teammates and living in Laguna Beach with her parents Robert and Kimberly. 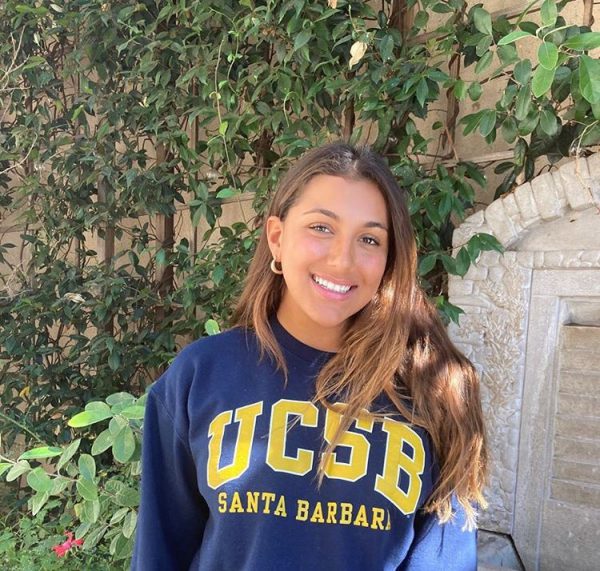 Kenedy started swimming at three years old and hasn’t stopped since. She has been playing water polo since fifth grade for Laguna Beach. Water polo has been such a huge part of her life in so many wonderful ways. She has experienced playing at the highest level of competition, winning CIF championships along with taking home the Gold medal in Junior Olympics. She has made life-long friendships that will stay with her forever. Today she is so proud to be attending UCSB next fall to play Division 1 water polo alongside a few teammates from her home town Laguna Beach. Kenedy has carried a 3.3 GPA on her way to being accepted to UCSB. She lives with her parents Brian and Nadia. 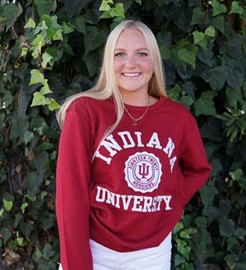 Skylar has been playing water polo for six years. She was the Junior Varsity MVP for the 2018 season. Skylar has carried a 3.4 GPA and is planning on majoring in education at the University of Indiana. Skylar lives with her parents Chris and Fran as well as her two brother Aiden and Colin. 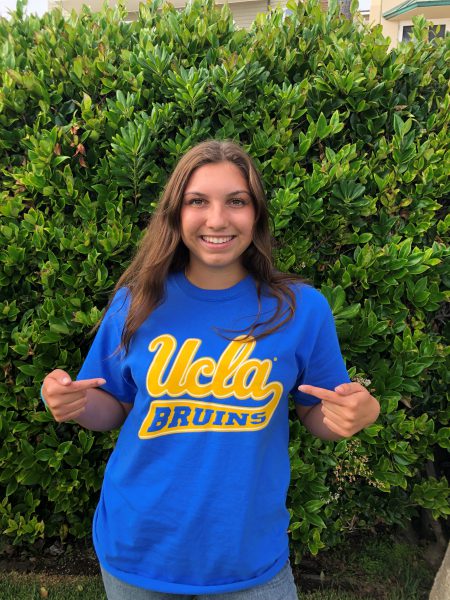 Emma is the reigning OC Register Player of the year, 1st Team All CIF, leading scorer of
the 2019/2020 season and a member of Team USA women’s youth water polo team
that won gold at the UANA Youth Pan American Games in 2019. Emma has a weighted GPA
of 3.93 and will be attending UCLA in the fall of 2021 and plans to study Psychobiology
or Marine biology. Emma’s hobbies include ceramics, going to the beach, and hanging
out with friends.  Her parents are Dan and Tracy Lineback. Emma has been playing water polo since she was 10 years old. 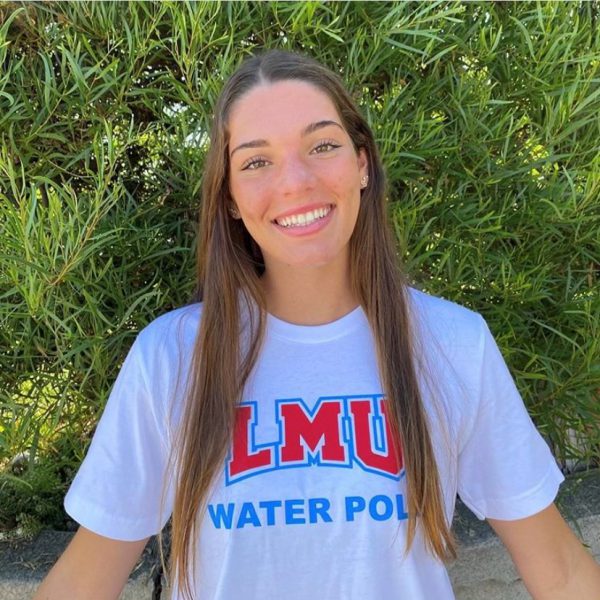 Mikayla Lopez has carried a 3.2 GPA and committed to play division one water polo for the University of Loyola Marymount. Mikayla is a strong center defender who has played Water Polo at Laguna Beach High School for the past 4 years. Her remarkable shot selection and impressive passing skills have tremendously impacted her as a player and teammate. Mikayla looks forward to improving her academic and sports career at Loyola Marymount University. Mikayla lives with her parent Jack and Maria. 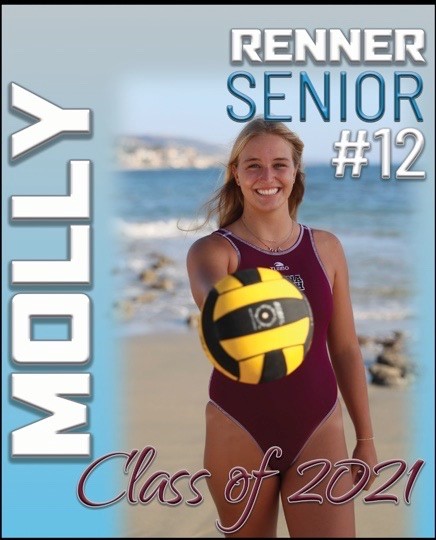 Molly Renner has carried a 3.5 GPA at LBHS and is heading to UCLA to continue her water polo career! She has played varsity water polo for 4 years and has been a varsity swimmer since her freshman year going to CIF in both sports! Molly has garnered  multiple all league and CIF recognition during her career. Molly lives in Laguna with her parents Beth and William. 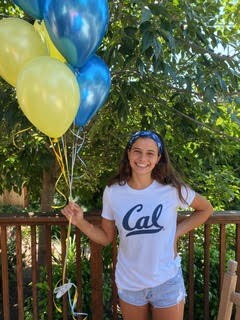 Jessie is a three-sport varsity athlete who has carried a 3.9 GPA. She has committed to play water polo for the University of California, Berkeley. Jessie is an All-State cross country runner and holds several distance records at LBHS. She was a swim team co-captain in the 2018 and 2019 seasons. She is renowned as a speedy attacker and sprinter for the CIF SS D1 Water Polo Champions. Jessie’s hobbies include surfing, skiing, and triathlon. She lives with her parents Brett and Kathy as well as siblings Kai and Arielle. 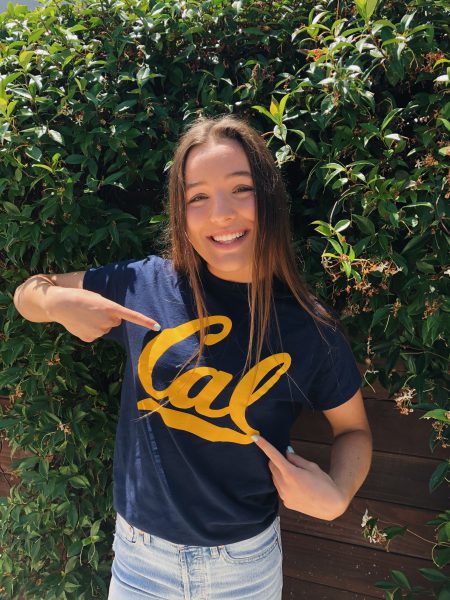 Emma has carried a 3.9 GPA earning honor roll and all-academic team recognition on her way to committing to play water polo for the University of California Berkeley. Emma has also been recognized as all-league and CIF for her play on our 2019 and 2020 CIF championship teams.

Emma’s hobbies are surfing, baking, and Netflix. She lives with her parents Katie and John as well as her brother Luke. 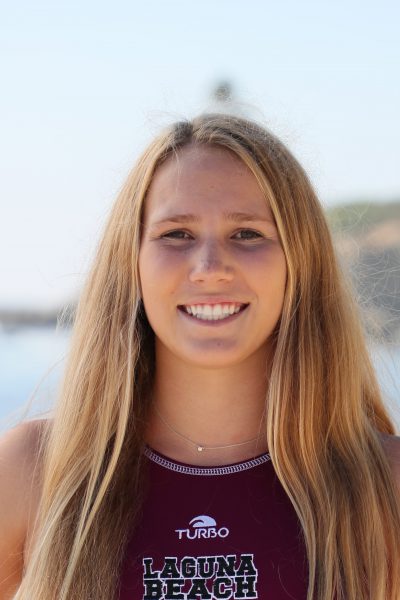 Nicole has carried a 3.7 GPA and will be attending UCLA in the fall of 2021. Nicole has played club water polo since she was 10 years old. She is a four-year Varsity team member and two-time CIF champion. Nicole has been the Surf League MVP in 2019 and 2020. Nicole lives with her parents Michelle and Kevin. Her sister Lauren attends UCSB. 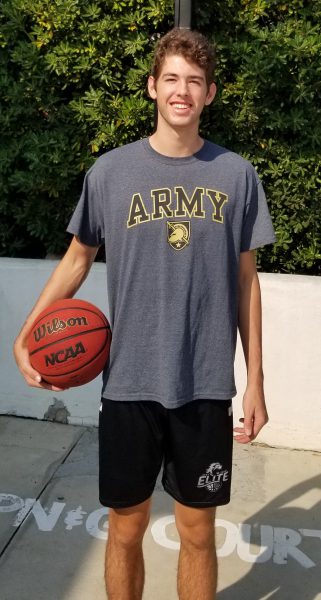 Nolan has been a four-year Varsity basketball player. He has been recognized as 2020 All Orange County. 2020 Wave League MVP. 2018-2020 First Team Wave All-League. 2019 Team Co-Captain and MVP as well as multiple all-academic teams. Nolan carries a 4.1 GPA and will be attending West Point next fall and majoring in Math or Engineering. Nolan is an outstanding beach volleyball and enjoys other sports as well. Nolan lives with his parents Coby and Janelle and his brother Griffin. Nolan’s sister Piper is playing beach volleyball at Cal Poly SLO. 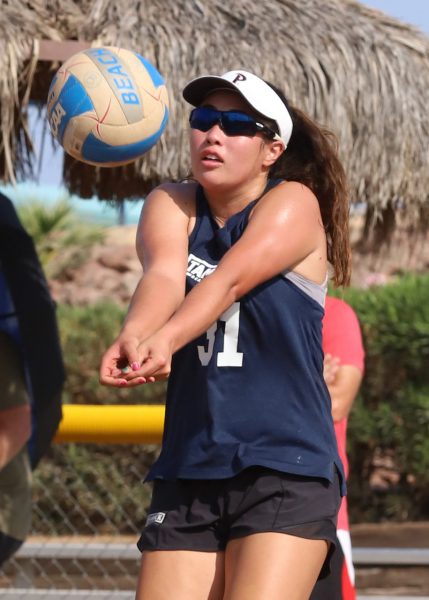 Bella carries an academic GPA of 4.33 and will be attending Pepperdine University to play beach volleyball. She plans on majoring in Business Administration. Bella has played on the LBHS Girls Varsity Beach Volleyball Team from 2018 to 2020. Bella was born and raised in Laguna Beach and is a very proud member of her school and community. Bella has played for Tamarack Beach Volleyball Club from 2017 to the present. She also played for T Street Volleyball Club from 2012 to 2018. Bella has earned multiple academic honors at LBHS as well as having outstanding success in the beach volleyball world. She also volunteers at Mission Hospital Laguna Beach. 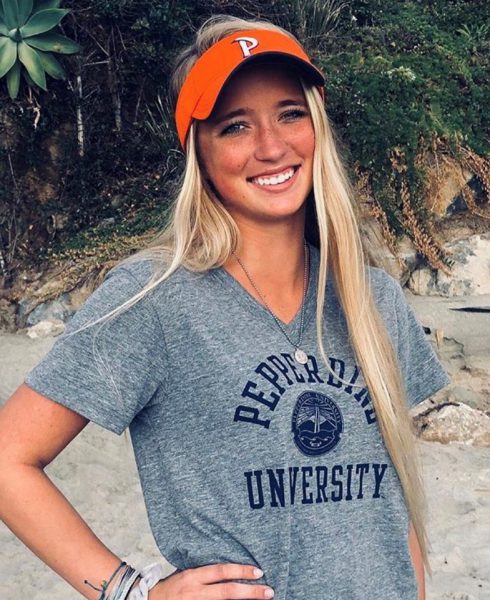 Jackie currently has a 3.7 GPA and has committed to attend Pepperdine University to play beach volleyball. She plans on majoring in Biology and attending medical school after earning her BS degree. Jacquie started her career playing indoor and beach volleyball as a freshman at the varsity level. Jacquie has medaled in multiple Junior sand volleyball events in her career. She has also attended the Junior Olympic multiple times. Jacquie’s other hobbies include ukulele, guitar, Mandarin Chinese, and going to the beach. She lives with her mom Susan and her brother Hudson played tennis at Carnegie Mellon University. 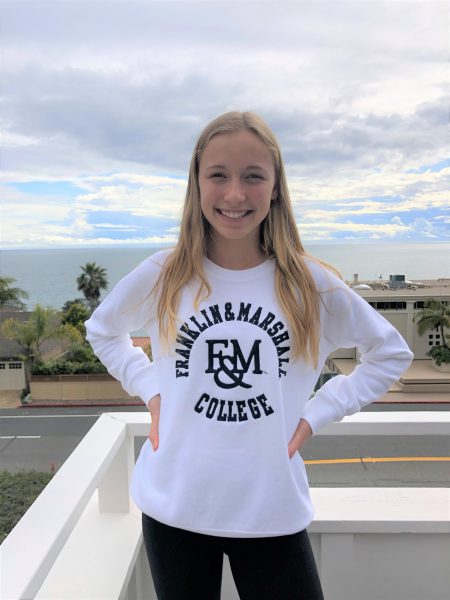 Mikayla has played four years of high school and a total of seven years of club volleyball.

She has been recognized as a team MVP and coaches award recipient. Makayla has carried a 3.6 GPA in high school and will be majoring in business at Franklin and Marshall college.

Mikayla has enjoyed traveling the cities and country side of the East Coast. She really enjoyed Boston and Philadelphia. Mikayla’s parents are Brian and Jara. She also has a sister Katelyn. 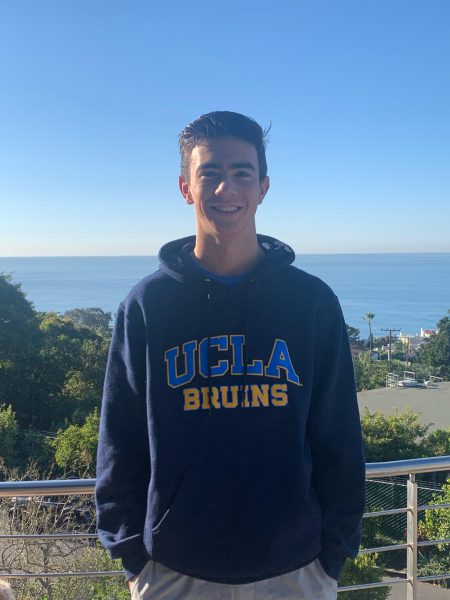 Mateo will be running Cross Country and Track at UCLA next fall. He has carried a 4.38 GPA at LBHS and has garnered multiple athletic and academic honors. He has been a varsity cross country team member for four years. He has been on three league and one state championship team.

He has been recognized as an All-American in the four mile. Mateo is considering majoring in Bioengineering or Data Science. He lives with his parents Juan and Maria. Mateo has three siblings: Laura, Lucas, and Pablo.

Are Laguna Beach winter sports back on?