Laguna Beach will remain in the newly-redrawn Fifth Supervisor District following a long-awaited vote by the Orange County Supervisors on Monday.

Newport Beach and Costa Mesa were added to the district, which runs along the coast to San Clemente and inland as far as Ladera Ranch and Coto de Caza.

Mayor Bob Whalen strongly encouraged the Supervisors to adopt the district map they ultimately approved, according to a letter sent Monday.

“[The district] maintains the City of Laguna Beach whole and keeps us within our communities of interest on several issues as shared with Newport Beach, Costa Mesa, and our coastal neighbors to the south,” Whalen wrote.

Sup. Lisa Bartlett is termed out of seeking reelection to the office, leaving her seat up for grabs.

Gwen McNallan, president of the Laguna Beach Democratic Club, said her members are happy with the outcome of the supervisor redistricting map.

“Although no map is ‘perfect’ we feel keeping Laguna Beach with Newport Beach and Costa Mesa is the best outcome for the residents of our city,” she said. “Our club is energized and ready to elect Katrina Foley as our supervisor in the upcoming election. With the open central Orange County district, we have the opportunity to flip the Board of Supervisors blue.”

Foley will face some experienced political rivals. State Sen. Pat Bates (R-Laguna Niguel); Diane Harkey, a former member of the State Board of Equalization; and Mission Viejo mayor Greg Raths are among the Republicans seeking the supervisor seat.

The Laguna Beach GOP declined to comment for this story on Wednesday. 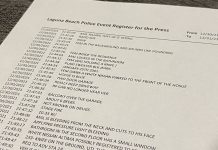 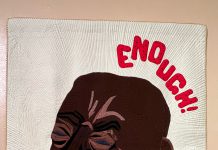 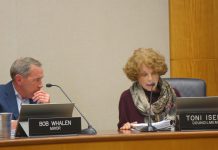