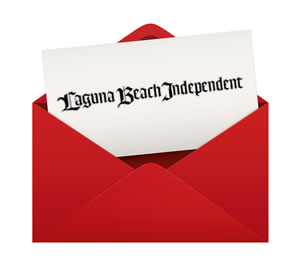 I joined the app Nextdoor sometime in 2019, but took a hiatus from the app until recently. I signed on to Nextdoor to inquire about some cheering and banging I heard around 7 p.m. one evening. What I saw on the app was quite shocking.

Nextdoor’s website says that the app is designed to connect neighbors for the purpose of sharing information, goods, and services. Nextdoor believes that “by bringing neighbors together, we can cultivate a kinder world where everyone has a neighborhood they can rely on.” (source: https://about.nextdoor.com/) That’s not what I saw on Laguna Beach’s Nextdoor. Posts that were along the lines of Nextdoor’s purpose were buried by posts that had hundreds of comments of people arguing, belittling, and bullying one another.

We live in a country where we are allowed to share our opinions without persecution. It’s hard not to feel on edge given the world’s current state. Most of us are dissatisfied one way or another with how things are being handled. But should we be taking it out on our own neighbors?

I adopted the philosophy that in most cases there’s no point in arguing with someone whose opinion is different from my own. People should be allowed to have their own opinion. However, we should also be having healthy discussions with opinions different than our own, as it’s how we grow as people and become more empathetic as a society.

After spending some time on the app, I found myself throwing my own philosophy out the window. I was putting myself into conversations where I didn’t need to be involved. I felt awful every time I logged off the app. I was behaving in a way that I didn’t like. In order to better my own mental health and prevent myself from acting out on the app, I decided to step away from the app all together and delete my account.

With other social media platforms like Facebook and Instagram, you can pick and choose who to follow. I assume most of us choose to follow people and accounts whose ideas align more closely with our own. It’s not possible to do this on Nextdoor. Although this can be a benefit, I was seeing a community that I no longer wanted to be a part of. So I walked away.

Letter: What is the Value of the Ocean to Laguna?

Letter: Pick Something Colorful to Wear in Laguna