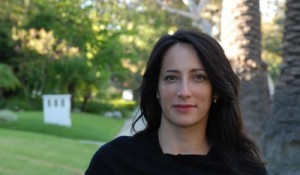 The perennial success of the literary salon and fundraiser organized by local members of the American Association of University Women can be attributed at least in part to the caliber of the authors they present. But it goes beyond that to a not-so-secret formula.

Saturday, March 17, marks the 25th anniversary of the Festival of Women Authors Literary Luncheon, held at the Surf and Sand Resort.

Those who pack the ballroom come from beyond the city limits and are typically repeat customers, whether AAUW-LB members or not, said Diane Chrisopherson-Reed, who co-chairs the event with Pam Berkson.

Over 400 names, more than twice the size of the branch membership, are on the list of those who have asked to be invited to future events, according to Jean Brotherton, who with the help of the late Louise Fleenor launched the first literary lunch in 1987.

Such loyalty speaks to the power of the experience rather than knowledge of the guest list. Previous featured authors routinely captivated their audiences, sharing experiences from their own journeys, describing challenges and triumphs that never fail to grab listeners in some intimate way. 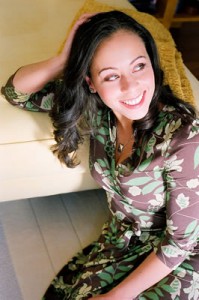 Organizers purposely avoid having the authors speak of their books or do readings, a formula that can lose a crowd of 200, Brotherton said. “We’re mainly interested in their process of writing, what inspires them,” she said. Her formula works. The chatter of friends catching up magically subsides as soon as the first author approaches the podium. Veterans know the treat in store for them. They expect to be enthralled and are not disappointed.

The authors’ narratives often serve as a testament to AAUW’s mission to help women recognize and fulfill their own potential and give them an equal opportunity to succeed through advocacy, education and research.

Author and luncheon speaker Heidi W. Durrow admitted that an honors workshop teacher at Stanford told her that she couldn’t write. Another workshop instructor told her to abandon the novel she was writing. “I learned to listen to myself with these kinds of critiques,” said Durrow, whose “The Girl Who Fell from the Sky” (Algonquin Books, 2010), was hailed as one of the 10 best novels of 2010 by both the New York Times and the Washington Post. “I learned how to hold onto my vision for not just having a book in the world, a product, but sharing my vision of the world around me,” she said.

“The Girl Who Fell from the Sky” tells the story of the daughter of a Danish mother and a black G.I. who becomes the sole survivor of a family tragedy. Moving to her grandmother’s mostly black community, she “confronts her identity as a biracial young woman in a world that wants to see her as either black or white.” 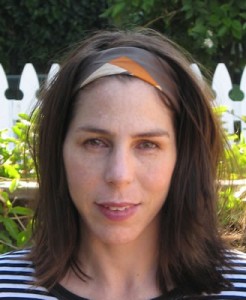 Since the first author event, Brotherton has played a key role in recruiting authors, who agree to speak at the luncheon free of charge. Others have helped over the years, including Lisa Freeman from the Los Angeles-based group Book Events & Authors Unlimited and Jane Hanauer, owner of Laguna Beach Books.

This year, in addition to Durrow, Brotherton succeeded in engaging Rachel Kushner, Maile Meloy and Danzy Senna. She said it’s “one of our best” groups of authors.

Meloy, whose grandmother was an AAUW member in Montana and attended meetings religiously into her 80s, said she knew instinctively that she wanted to write, but never thought of it as a viable career. Feeling “very directionless” in her last year of college, she appealed to an advisor who suggested she try writing short stories. “I did, and it instantly felt like the thing I wanted to do,” recalled Meloy, who went on to earn a master’s in fine arts degree in fiction from UC Irvine.

Meloy’s collection, “Both Ways Is the Only Way I Want It” (Riverhead Books, 2009), was selected as one of the New York Times Book Review’s 10 best books of 2009. Having recently published a children’s novel, “The Apothecary” (Putnam Juvenile, 2011), Meloy said she thinks a lot about the importance of reading, which “gives you models for how to live, for how to be brave. It lets you live inside other minds and understand empathy. It shows you other kinds of lives and other worlds, and lets you safely experience sacrifice and loss and betrayal and love. It gives you an escape when you need one.” All of which holds true for adults, but crucially so for kids. 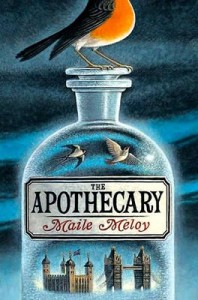 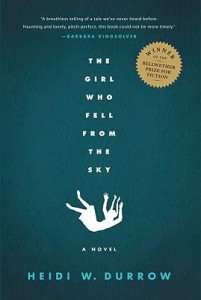