“Nothing’s better for me than going out in the water with four guys [in a Brooks Street Contest heat], and it’s so much damn fun!” –Corky Smith, Brooks Street surfing legend. 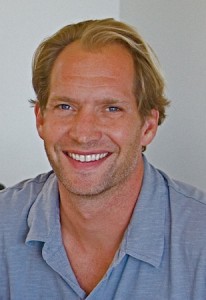 Last weekend, the conditions came together for the 50th annual Brooks Street surfing contest to finally happen. It’s been a few years since Laguna has been able to hold the longest running surf contest in the world, but if you were there, you know that it was worth the wait.

What I love about the event itself is that although it’s always more fun to win your heat and possibly some Brooks Street glass–the trophies are beautiful glass relief sculptures–the contest is really about community participation.

Hearing the stories that go back to the roots of modern surfing, being able to talk with the guys who surfed then and seeing three generations of Brooks Street contestants is one of our essential stories as a tribe.

Bing Boca spoke to me about the first Brooks Street contest in 1955 when Hobie Alter put the idea in front of the city recreation director, Red Guyer, who was also the football and track coach at the high school (the field is named after him). “There were only 25-30 real surfers in Laguna back then, and our first contest only had two divisions: senior and junior men’s. A couple dozen guys competed including Hobie Alter, Renny Yater, Dick Metz, Tom Morey and myself. Everyone thought it was a laydown for Hobie or maybe Renny, but a high school kid named Larry Brixy won the thing. Hey, it’s Brooks Street; he got lucky and got the right waves!”

Bing will be 72 next month. When he retells some of the stories from that time, you can almost feel what it must have been like to live in Laguna when it was still a sleepy beach community.

In fact, similar to the recent attacks on skateboarding, surfing was partially banned and almost outlawed in the mid-to-late ‘50s. According to Boca, a beachfront homeowner between Oak and Brooks Street, Vern Tashner, was tired of his property getting trashed by surfers, so he started a petition to ban surfing. The city responded with a ban from 10 a.m. until 6 p.m. during the day. Until Hobie and friends organized the Laguna Beach Surfing Club to open up sections of beach that fall within the summer blackball areas today.

Surfing and the culture it spawned have shaped our community in many wonderful ways.

Corky Smith is another early surfing legend in Laguna Beach. Now 70, he stopped surfing seven years ago for health reasons, a loss worse than any other he’s experienced.

“Mentally, physically and spiritually it’s the best thing, whether you catch a wave or just paddle out and watch the horizon,” Corky said. “Surfing has done so much for me, sometimes I just swim out and cry.”

Corky listed the surfing legends that have lived and surfed in Laguna. He found a picture of former Laguna resident Billy Hamilton, a surfing icon who inscribed the image, “Surf ‘til you drop.”

Corky and Ron Sizemore told more stories at the award ceremony that generated big responses among all generations.

History lessons can be boring unless the instructor makes the past come alive. Kristin Buhagiar, the current city recreation supervisor, Brandy Faber, the contest organizer, and the team of sponsors, especially the crew at Laguna Surf and Sport, are taking the Brooks Street contest into the future.

Understanding history in the context of the present and seeing the next generation push the event in new directions makes it feel like a large family.

As Brandy said when I asked him what he thought about the 50th anniversary, “It was a fantastic event. We couldn’t have asked for better surf for the contest or a better tribe of people to do it with; everyone’s stoked and that’s what it’s all about.”

For full results of the contest, see Sports.