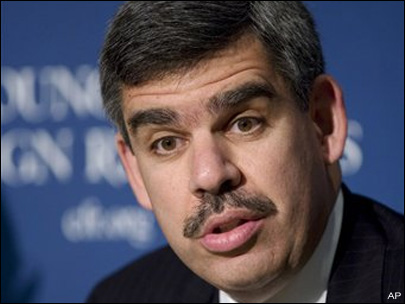 Laguna Beach resident Mohamed A. El-Erian was appointed by President Barak Obama to chair the U.S. Global Development Council, according to a White House announcement.

El-Erian will continue in his role as chief executive officer and co-chief investment officer of Newport Beach’s Pacific Investment Management Company LLC (PIMCO), positions he has held since 2007.

The council was created last February to provide advice to the president and other senior officials on global development practices and to support new and existing private-public partnerships.

Eight other appointments to the council were also announced, including James Manyika, a director at McKinsey & Co.; Sylvia Mathews Burwell, president of the Walmart Foundation; and Richard Blum, chair of Blum Equity Partners.

El-Erian joined PIMCO as a senior member of the portfolio management and investment strategy group in 1999. He left for a stint as president of Harvard Management Company and rejoined PIMCO in 2007.

Previously, he was a Salomon Smith Barney/Citigroup managing director and worked 15 year at the International Monetary Fund, serving two years as deputy director. He is a board member of the Carnegie Endowment for International Peace and the National Bureau for Economic Research, chairs the Microsoft Investment Advisory Committee, and is a member of the investor advisory committee on financial markets at the Federal Reserve Bank of New York.

El-Erian earned degrees from Cambridge University and a Ph.D. from Oxford University.