Active in Laguna Beach senior life and well-known around town, long time resident, Marje Adams died peacefully in her sleep on Oct. 20, surrounded by family and friends. She was 87 years old.

Born Marjorie Ann Bernell Johnson on Nov. 26, 1926 in St. Paul, Minn., she had two older brothers, Winston and Vernon. They watched out for their younger sister after their father, Dr. Otto Johnson, died prematurely in 1936 of multiple sclerosis. Raised by her mother, Christine, Marje graduated from St. Paul’s Central High School in 1944.  After graduation, she came to Long Beach, where she worked building airplanes for Douglas Aircraft.  One of many WWII “Rosie the Riveters,” Marje got her pink slip when the war ended in 1945.

Returning to St. Paul after the war, Marje attended Macalester College, where she met the love of her life, John Adams, of Fargo, N.D. Marje and John led a remarkable life, spanning 55 years of marriage.   They settled in Rochester, Minn., raising three children, John, Jane and James.   Marje and John moved to California in 1977, first to Fountain Valley, and then Laguna Beach in 1989.

Over the years, their Top of the World home was the focus of countless gatherings of family and friends. With no thespian experience, they launched a home theatre troupe called Off the Wall Players, doing informal home plays for more than 25 years.  Although John passed away in 2003, performances continue to this day.

Longtime members of Laguna Presbyterian Church, Marje and John were very involved in Laguna Beach civic life.   They worked tirelessly to support the Susi Q Senior Center, where Adams spent many years with friends. Adams also served on the board of South County Seniors Services, delivering Meals on Wheels to local seniors for many years.

Adams was a certified financial planner until her retirement at age 80.  Her last years were spent enjoying the good life at San Clemente Villas by the Sea, during which time she was blessed by the constant companionship of her beloved personal assistant, Jo Farrell.

Adams is survived by her three children, by her daughters-in-law, Susan and Lori Adams, her son-in-law William Furman, sister-in-law Norma Johnson and her three grandchildren, Brooke, Skylar and Cameron. 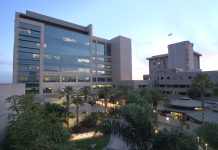 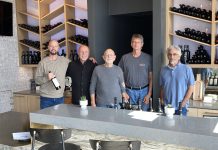 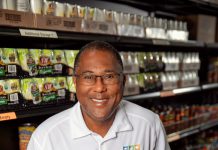