Sommelier and crew member Deb Conrad informed the boys of a $500 gift, the result of store recycling since January 2013. “When I stumbled upon the Ten Boys Who Care, I was awestruck that they had developed a mission of giving at such an early stage in their lives,” said Conrad, who helped select the group as a beneficiary.

The large donation is a first for the organization, said co-president Sam Kluver. Previously, the boys worked to raise money themselves by painting curbs, helping neighbors with chores and holding a yard sale.

The boys received applications for the award from 19 seniors graduating this June.

The 10 Boys Who Care began in 2013 and intend to fund raise and award scholarships until they graduate in 2019. 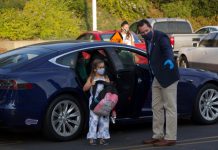 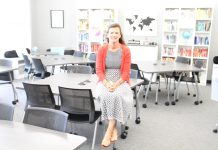