Montage Laguna Beach has tapped a 20-year luxury hospitality veteran to be its next general manager, according to a press release Friday.

“I am delighted to welcome Mary Rogers to Montage Laguna Beach,” said Jason Herthel, president and chief operating officer of Montage International, said in a prepared statement. “Mary’s extensive, ground-breaking background is nothing short of impressive, and we are honored to have her dynamic leadership at the helm of the resort’s executive team.”

Rogers will lead the Montage following an unprecedented year for California hotels, which were forced to close their doors to non-essential travel for months due to COVID-19 restrictions.

During her time with the Fontainebleau in Miami Beach helped found the Florida Chapter of Women in Lodging and chaired the Florida Restaurant and Lodging Association’s Women’s Path to Power committee.

Rogers has also been recognized with several awards over the years, including as Corporate Executive Woman of the Year by the U.S. Minority Chamber of Commerce in 2019.

Rogers succeeds Anne-Marie Houston, who served as the Montage’s general manager who departed in August after more than three years of overseeing the oceanfront resort. Prior to this role, Houston served as the property’s resort manager, according to a press release.

“We are excited to have Mary Rogers join our Laguna Beach community,” Sandy Morales, CEO of the Laguna Beach Chamber of Commerce, wrote in an email. “With her extensive and very impressive background, she is sure to be a success in Laguna Beach and we look forward to working with her.” 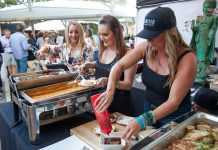 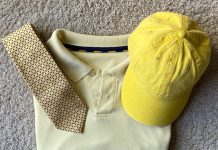