We’re afraid of China. It is taking over the world. Trump uses it as a theme. China takes unfair advantage of trade. They cheat. They are more than a billion strong and it is only a matter of time before they overwhelm us.   China’s economic miracle is our economic disaster. It owns $3 trillion of U.S. debt and has us by the short hairs.

They quickly are becoming tourist fixtures in Laguna Beach and buying our homes at absurd prices because they can.

Be afraid. Be very afraid.

I am here to assure you of one thing: this talk is nonsense. China ain’t taking over anything. Its economy is in free fall.

Listen. Economic bubbles happen continuously because people get caught up in waves and fads. Our worst latest fad was housing, which was fueled by easy, no-down, no-doc debt. Waitresses in Vegas came to own five houses, speculating like crazy, because they could.   The money pump never was going to stop.

Until it did. Thence the collapse in ’08.

That is happening in China now. The whole economy is so over-leveraged it makes most other bubbles in the last 100 years look puny.   There are five big banks, all owned by the government; they are leveraged to the hilt and choking on bad loans. Visual evidence includes hundreds of millions of square feet of new and entirely empty office buildings. It is crazy. Gravity exists.

By that definition, China is a fascist country. The individuals who have become rich did so in “partnership” with the government. I should say the many governments in China because although there is only one central government (sort of), there are thousands of regional and city governments.

Everyone plays hands-down on the table. You bring your own cash. Or you borrow it. You play or you lose.

Now China has a new dictator. His name is Xi Jinping and his major “initiative” is to root out corruption in government. This, of course, is a façade for him to eliminate rivals, consolidate personal power, and allow his own friends to enjoy the benefits of his personal power.

This means existing rich people need to get the hell out. They are fleeing. They flood Newport Coast, Beverly Hills, Irvine, and other favored destinations. They are getting out while the getting is good.   The new government is attempting to stop the avalanche of transfers of money out, but the entire system is too porous and cash gushes.

In the meantime, China’s one-child policy has resulted in it aging more rapidly than any other country in the world (except Japan). The average age is 37, dangerously high; there are fewer and fewer people to support elders. Further, the workers are less content to be drones in factories, which now themselves produce more goods than the world wants, and are dying.

Then there is pollution. The whole country has become an environmental dumping ground. Toxic waste everywhere. The main rivers are dead and drying up. There is a shortage of clean water, clean air, clean food, clean non-toxic anything.

China’s official economic figures are sketchy, universally deemed unreliable by leading economists. Yet even those figures are crumbling.   In an effort to support its currency, China last year sold $500 billion of U.S. Treasuries and it did little good. Its foreign currency reserves are dwindling and its real alternatives (beyond belligerence) are few.

There will be no soft landing for China. Its move to an open, law-abiding, democratic economic system has failed. Today, it has reverted to an old fashioned dictatorship. And as usual, current spoils are reserved for those who have power now.

Michael Ray grew up in Corona del Mar and lives in Laguna Beach. He is a real estate entrepreneur involved in many non-profits. 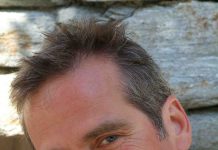 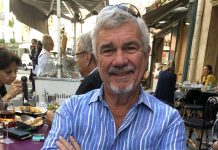