An Irvine-based performing arts nonprofit is mulling the establishment of a conservatory at the shuttered St. Catherine of Siena Parish School in South Laguna.

OC Music & Dance was alerted to Laguna Beach students’ need for additional performing arts classes and availability of a long-established campus that closed after the stay-at-home order in March, the Nonprofit’s CEO Doug Freeman said. Sally Anne Sheridan, a former Irvine mayor who led the development of Irvine Barclay Theatre, approached Freeman with the idea.

As of late September, Freeman and his team were still in the exploratory stage of listening to parents about their children’s appetite for certain music and dance classes. The nonprofit hasn’t filed an application for a conditional use permit with Laguna Beach’s Community Development Department.

“What I learned was… there’s enormous pent-up interest to give kids access to programs they can’t get at school,” Freeman said.

Orange County’s Catholic Diocese, which owns the property, wouldn’t confirm that it’s negotiating a lease with the arts nonprofit or how a deal would impact the parish school’s reopening.

“The Diocese of Orange made the decision to temporarily close St. Catherine of Siena Parish School. No decisions have been made yet by the Diocese regarding the school’s reopening plans,” diocese spokesperson Tracey Kincaid wrote in an email.

Co-founded by Pick Up Stix founder and real estate developer Charles Zhang, OC Music & Dance serves a diverse student body of over 400 children, ranging in age from five to 18. It offers all levels of voice, instrumental music, and dance.

Freeman currently employs over 40 teachers but said he could use a dozen more to build the proposed program in Laguna Beach.

“It’s a beautiful campus. The rooms lend themselves to classes,” Freeman said.

He foresees safely accommodating between eight and 12 kids in a class. Exterior patios could also host outdoor classes.

As for the safety concern of students expelling droplets of saliva while playing instruments, there are filters that can be placed on the ends of horns, trombones, or saxophones, Freeman said. Singers would stand in Plexiglass booths. All instructors would wear face masks.

The future of performing arts in Laguna Beach schools became a hot topic in June when Roxanna Ward, a 19-year professional chorale expert with the Laguna Beach Unified School District, was terminated for allegedly not working her contracted four hours per day. Ward claims the administration didn’t understand the conditions of her extensive work with students.

When word got out of her circumstances, a change.org petition was circulated, quickly procuring 3,500 signatures protesting the decision and asking that Ward’s contract be extended for another year to allow her to retire and bring closure to the performances that she worked on before they were canceled due to COVID-19.

The school district’s performing arts courses are continuing to be provided via distance learning for secondary schools. While state guidance does not permit students to perform in-person using wind instruments or in chorus, the instruction is continuing online, Deputy Supt. Leisa Winston wrote in an email.

Hopefully, instructors can offer relief to children who are going stir crazy at home, he said.

“Forget COVID, isolation leads to depression,” Freeman said. “Music therapy is an old skill that has been used on PTSD. Music has two pieces that are very special. The music itself has an effect on the mind and body. When you’re in a group, you have a common goal to play a song together. You create a community.” 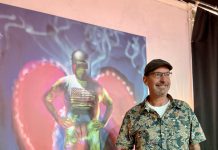 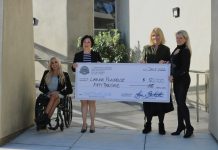 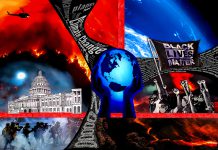