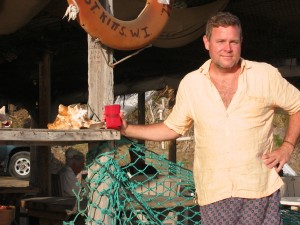 The husband of Glynnis Engen, and son of Rolf and Carol Engen of Emerald Bay, Matt Engen grew up in Laguna Beach and attended Laguna Beach High School and UC Berkeley.

Engen returned to Southern California after college and moved back to Laguna Beach in 1998 after marrying Glynnis. Engen had a successful 20-year career in the software industry.

Besides being an avid reader, Engen loved to travel, including taking annual trips to the Caribbean. He was always up for a trip and fun of any sort. Often the life of the party, Engen’s personality and love of life always shined brightly.

Engen will be missed by many as he touched many lives with his humor, personality and caring nature. He is survived by his wife, Glynnis; his parents Rolf and Carol of Laguna Beach; his brothers, Dave of Park City, Utah, and Kip of Los Angeles; sister Hollie of Park City, Utah; and nephews Dylan, Jackson, Dustin and Thane, all of Park City.

In lieu of flowers the family would appreciate donations to Heifer International (Heifer.org).

He was born in Pomona, Calif., to John C. and Eve Brownsberger Price, life-long residents of La Verne. Stan attended schools in La Verne, attended Stanford University and graduated from the University of La Verne in l960.

Though he had many years of experience working in the orange groves, his career was in teaching English. His employers included the Newport Mesa Unified School District, Azusa school district, Coastline Community College, and Mc Pherson College, in Mc Pherson, Kan.

One of their sons, Doug, a commercial pilot who is soon to retire from the U.S. Air Force, and Kerri Zaleski have three boys: Davis, 13, Evan, 11 and Trevor, 7, who attend Laguna schools. Some of the grandchildren’s teachers are the same that taught their grandfather. The family resides on Bluebird Canyon, where the family lived for 30 years.

A second son, Mike, a financial planner in Thousand Oaks, is married to Marcia Malone, and they also have three sons: Sean 10, Gavin, 8, and Alex, 4.

Before his death, Price and his wife expressed pride in seeing the second generation growing up in the schools and beaches of Laguna. 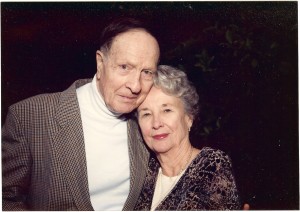 Beloved father, husband and friend to all that knew him, Mortimer passed away surrounded by loved ones after a long battle with cancer.

He was born in Indianapolis, where he met the love of his life, Jane Gage. They were happily married for 58 years until Jane passed away in 2008.

Mortimer graduated from Butler University in 1943, where he was senior class president and student body president. He served in the U.S. Navy during WWII and the Korean War. He worked in insurance risk management, employed by Douglas Aircraft and Norton Simon Industries, before launching American Risk Management.

His favorite pastimes were traveling throughout the world with his wife, going to the gym, watching March Madness, and volunteering for Friends of the Library and feeding the homeless in Laguna Beach, where he and Jane lived for many years.