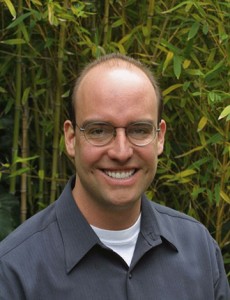 Steve was born in San Gabriel, California, the son of Douglas and Margaret Ewing. He attended Oneonta Elementary School and graduated from South Pasadena High School in 1984. He was united in marriage to Karilyn Marsh on June 26, 2001.

Along with his wife and parents, Ewing is survived by his son Vincent and his brother, Brian.

Ewing celebrated his family and loved his role as husband and father.   He delighted in passing on his curiosity and enthusiasm for life to his son.

Ewing loved action and carried a passion for skiing, fishing, and motorsports from his own boyhood. He had a soft spot for the whimsical, the offbeat, and the unconventional; it made him smile.

Ewing’s imaginative nature led him to study design at Cal State University Long Beach, where he earned a degree in industrial design. His Ewing Design Group collaborated with a diversified range of clients. Ewing loved working in many areas of design, including consumer electronics, medical devices, and graphics.

He produced innovative solutions and useful new concepts that were recognized with national awards and world-wide honors.

One of Ewing’s most renowned design contributions was his work on the Mechanical Advantage Tourniquet. The innovation proved to be successful in significantly preventing tissue damage, blood loss, and loss of limbs. After rigorous testing, MAT was recognized as the best performing tourniquet tested by the U.S. Army, Navy, and Marines.

Ewing served on the board and as past president of the Laguna Beach Business Club.

In lieu of flowers, a college fund has been established for his son, Vincent Harley Ewing. Donations may be sent to: Vincent Fund, 723 E. California Blvd.,  Pasadena, Calif., 91106.

A Tribute to Jean Raun