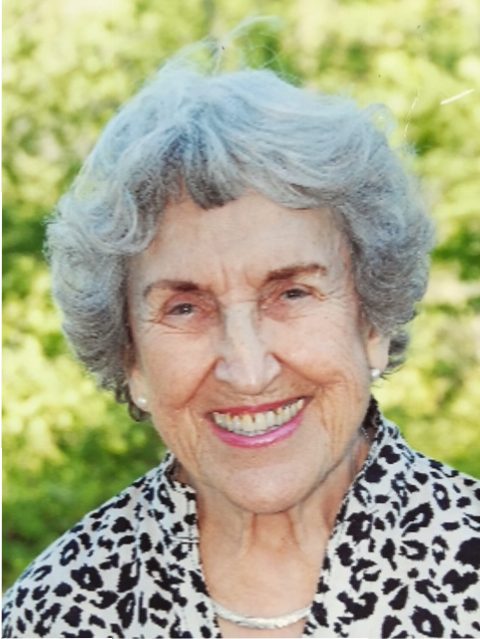 Bette Anderson, age 94, passed away peacefully in the loving presence of her son and caregivers. She was born in Alabama to Buren and Vassie Farr and grew up in Florida and Michigan. Living in Detroit, she earned a Bachelor of Art and master’s degrees in English and library science.

Bette was a well-known activist in Laguna Beach, former president of Village Laguna, an author and educator. She met George Kenneth Anderson on a blind date during World War II and married soon after the war ended. Their life-long devotion to each other and marriage ended after 64 years with the passing of her husband.

She was a USO gal and flight attendant because it “was the most glamorous job available.” She enjoyed travel throughout her life visiting all seven continents.

Bette prided herself on being a fighter for losing causes and making them win. She was an educator in public school systems and was president of her local teachers union. Moving to Laguna Beach in 1986, she worked at the Newport Beach Library and was instrumental in its successful move to a new location.

While in Laguna Beach, no proposed change escaped her notice and, if she felt it harmed the community, her activism. Bette and her husband Ken were active in veteran causes and events in California and in Europe, where Ken served as a B-17 pilot.

A prolific writer, Bette started her career as a copywriter for an ad agency in the era of “Mad Men” and over the years wrote three books and published numerous short stories and poems. Her last book, the “Hidden Lives of Librarians,” continues to enlighten people in the career choice of being a librarian and the libidinous opportunities it affords. Her friends are (mostly) convinced its fiction.

Bette is survived by her son, Merrill Anderson, his wife Nancy, grandsons Aaron and Evan, and Evan’s wife Elizabeth.

Bette was preceded in death by her husband Ken, her daughter Leigh Elizabeth Anderson, and sister Francis Taber. She was loved and will be missed.