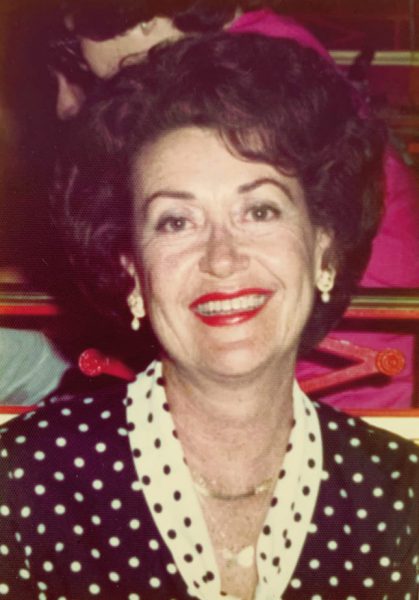 Joan Johnston Rapp was born in Los Angeles on Oct. 30,1925. She attended Hollywood High School where she first met her future husband, Robert Rapp (Bob) in a typing class. She always had a crush on him throughout high school, but they remained only good friends. Shortly after graduating, Joan moved to New York with her sister, Carol, to perform in the light opera, “The Red Mill.” She and Bob stayed in touch through letters while he was in the service, and their love affair officially began upon his return in January 1946. Nine months later, on Oct. 20, 1946, they were married just 10 days before Joan turned 21…something that was very important to her!

Bob was the one true love of her life and they had two children, Kenny and Wendy. Bob and Joan loved camping and the outdoors as well as hosting many parties for their friends and family. Bob died suddenly and unexpectedly on June 3, 1963, and Joan never remarried. Instead she focused her undivided attention to raising her two children and being a second mother to many of her children’s friends. She chaperoned many camping and surfing trips for Wendy and her friends, and even made custom surf trunks for the boys. She was an accomplished seamstress and extremely handy and thoughtful.

She loved the ocean and spent the majority of her life in Laguna Beach, La Jolla and finally Santa Barbara in the spring of 2011. Her home was open to everyone and she always took the time to listen to others. She frequently helped her friends with home projects, from hanging drapes and installing dishwashers, to rewiring lamps and refinishing furniture or anything else they might need help with. She had her very own Craftsman red tool chest and prided herself on her ingenuity and independence. She was well loved by all who knew her and always made time for others.

She is survived by her daughter Wendy Barels (Larry), her grandchildren Orion R Barels (Lilly) and Tiare A Barels, (Devon Crail) and great-grandchildren, Lincoln and Ever Moon.

A Celebration of Life is planned for Oct. 6, 2019 from 3-6 p.m. on the Santa Barbara pier at the Longboard’s Restaurant patio. 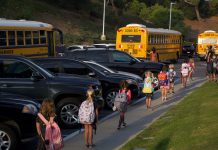 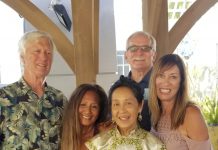 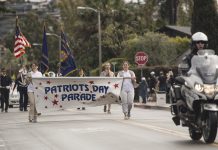