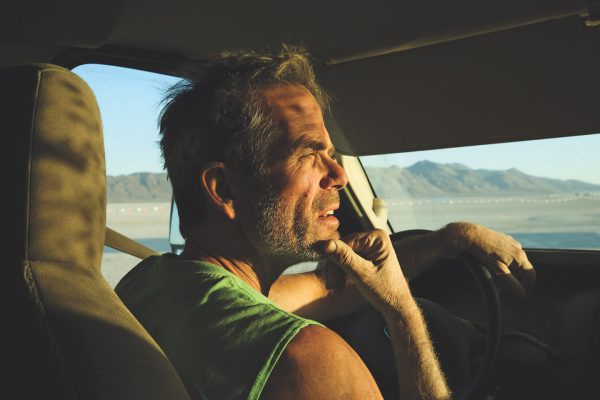 There can be no greater pain than losing a loved one in a senseless and preventable tragedy. And bearing witness to it. Such was the case for Cathy Isaacs last week, who was crossing Coast Highway at Pearl Street with her husband Stanley when he was fatally struck by a car that then fled the scene. The couple was celebrating their anniversary in Laguna because, well, Laguna. And in the blink of an eye, it’s their last one.

This comes on the heels of the horrific crash in Windsor Hills that killed five people, including a pregnant woman. In both instances, it was a speeding driver who didn’t stop when they should have.

We live in a culture that celebrates velocity. In the same way Hollywood is complicit in gun violence, auto manufacturers are guilty of promoting speed and recklessness because it sells. And time and again it results in preventable tragedies that ruin people’s lives.

The driver in this case was an 18-year-old girl, who surrendered less than 24 hours later. And before you rush to judgment about what she was doing and why she fled the scene, remember that she is still so young she can’t drink for three more years, because her prefrontal cortex isn’t fully formed. Yet she is allowed to operate a cruise missile.

It’s eerily like eight years ago when husband, father, and cyclist John Greg Colvin was killed on Coast Highway in North Laguna by a 19-year-old resident. John’s widow Joan and her two daughters still grieve for him every day. That driver fled the scene too. What must his life be like now, saddled with the guilt of killing a good man, and then running? Just as the perpetrator of this crime made two mistakes in a nanosecond that will leave her emotionally scarred the rest of her life. And may limit the choices available to her. It makes me shudder writing these words and realizing how easily it could have been me—both at the wheel or in the crosswalk. Because I know both experiences well, especially at Pearl Street.

When I do my radio show at the KXFM studios above the Wine Gallery, afterwards I often unwind with an adult libation across the street at the wonderful Seahorse (finally a lounge with couches to rest my boney bum). And that crosswalk at Pearl is freaking harrowing. Yes, the lights blink yellow as I ease my way off of the curb. I take one or two steps and lean in—but never venture into the middle of a lane. I don’t trust a single driver. I feign walking but just dangle a foot to see if they see me and are slowing down. But I never commit until they are fully stopped. And even then, I proceed wearily as I cross in front, afraid some crazy person with rage might just hit the gas.

It’s just too dark around there. From the south, cars are coming into town hot. From the north, cars are exiting town hot—after enduring a string of traffic stops. This is where the road opens up to a burst of freedom. And if you’re driving fast and not paying attention, it’s very hard to make out people crossing—particularly if they’re wearing dark clothes. The blinking lights just don’t seem to register with some people until it’s too late.

It’s doubly sad, because it’s preventable. For far too long we have allowed Coast Highway to be a death trap for pedestrians and cyclists, particularly the section between Cleo and Pearl streets, known colloquially as “Death Row.” It’s where the surfer kids in trunks and bikinis cross while engrossed in their phones, where the ocean can be spied at each intersection, where there’s restaurants and shops and all sorts of distractions.

I wrote about this before, but there is one traffic tool that is proven to slow cars down at pedestrian crosswalks and that’s to turn those crosswalks into big, wide speed bumps. Brightly painted with flashing lights. This is what’s known as a traffic calming measure, and really, shouldn’t we all just slow the folk down through that stretch of town? By installing speed bumps and crosswalks at every intersection, cars will be forced to slow down.

This is an inexpensive fix that can and will save lives. We need to prevail on CalTrans to install them now, before another life is lost.

Life can be so unimaginably cruel and capricious. I sincerely hope as part of the healing process for both the perpetrator and victim, the widow can find it in her heart to forgive, though of course it may take considerable time. Their lives will now be inexorably bound, and they will both be grieving over this tragic twist of fate. I choose to believe there is humanity in both of them, and peace is somewhere out there awaiting them.