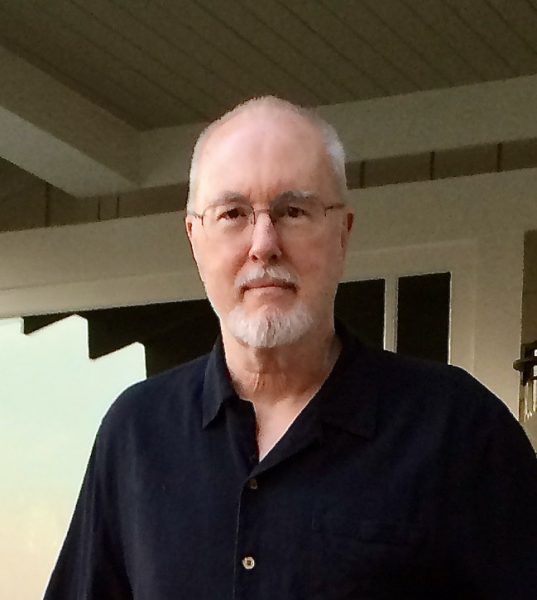 On the morning of May 31, I woke with a start and thought, “OMG, Michael Morris is running for Council!” The signs are there: Morris has changed his status with the Laguna Residents First PAC from Principal Officer to Founder Emeritus, just like George Weiss did before he ran in 2020. Plus, he has been rocking an Indiana Jones fedora at Council meetings—a tip of the hat to Weiss’s signature Panama.

Morris is intelligent and articulate and would make a formidable candidate. My only qualm about him is in a quote I love by New Yorker Staff Writer Masha Gessen: “People with views very different from mine often have good reasons for their views, even when they are wrong.” Morris has views and reasons that I find mostly wrong about what’s wrong with Laguna and how to fix things.

It’s not because he moved here in 2014, which by local standards almost makes him a carpetbagger. It’s because he belongs to a gaggle of like-minded locals would call them a cabal, but Michele Monda has dibs on the word—whose thinking goes like this: the Council majority are not doing what we the people want them to do. The only explanation is that they are corrupt. As Morris put it recently in the Indy, the FBI investigation of the Angels Stadium deal reminded him of Laguna. The parallel escapes me unless he has proof that Mayor Sue Kempt engaged in backroom shenanigans over the remodeling of Riddle Field. If so, call the FBI! Or the DA! George Weiss has the number on speed dial.

Never mind that those who agree with Morris are front and center at Council meetings and in the pages of the Indy and have turned Nextdoor discussions into one-sided echo chambers. The City is not listening to the people! Never mind that a citywide survey showed that over two-thirds of us say we are well-served. That survey was flawed! Never mind that Laguna has long had the most restrictive slow-growth regulations in the universe. We’re turning into Dana Point! Never mind that no one wants to trash our hometown’s look and feel. We don’t trust you! Never mind that Laguna got the highest score—93 percent—in the nonprofit Citizens Take Action report grading every city in the OC on the strength and transparency of its campaign finance laws. Big money bought the Council! BTW, why didn’t we get 100 percent?

These are articles of faith among a subset of locals who are trying to scare a majority of us into voting for an initiative that will add layers of red tape to the mountain of red tape we already have. What they would really, really, rather be doing, however, is running things for our own good. Could they? Given the effectiveness of fearmongering in politics (did you hear the one about replacing the library with a parking structure?), try this on for size: The initiative fails but Morris comes in second after Kempt, because there is still some justice in this world. That makes him the new Toni Iseman. Peter Blake pays the price for his bad temper, and Ruben Flores edges past centrist Louis Weil. Wait, what? A new Council majority with, dare I say it, an agenda?

While City Manager Shohreh Dupuis and her top staff are updating their resumés and she hires a lawyer specializing in hostile work environments, the Council will be figuring out how to gut the Downtown Specific Plan and Historic Preservation Ordinance and undo plans to make the promenade permanent. Then they’ll scrap the Business Improvement District, so Visit Laguna will go kaput, a victim of its success in luring people here. That the BID also gives over a million dollars a year to our arts organizations is regrettable collateral damage. But do we really need that much art? If we alternate the Pageant with the Sawdust, we’d have fewer tourists and plenty of parking, and then…

Now who’s fearmongering? Thankfully, in five more months—although it will seem longer—we will decide who likes the initiative and who we punish by electing them to the Council. If it seems to me that “they” want to restore us to a town that never existed, so what? The pace of change in Laguna is designed to be glacial, and I’m not young. Between now and whatever, Laguna will continue to help me and most of us be what we all want to be: happy. And as my mother once said to me in a spasm of candor: “Of course I want you to be happy. I just want you to be happy my way.”

Chris is an advocate for housing and senior issues, and past co-writer of Lagunatics.

Opinion: On Being British on the Fourth of July

Opinion: A Note From the Mayor