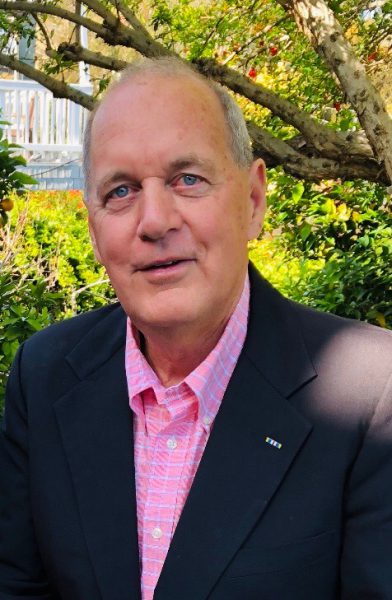 I have no involvement in the current Hotel Laguna developer’s renovation project or the city’s code enforcement in that case. Also, I’ve never met or spoken with Councilmember George Weiss, and did not vote for him. For me this matter is about transparency and justice in my hometown.

What can be confirmed at this time is that in response to a request by Weiss to investigate the Board’s conduct on June 29, the Orange County District Attorney has determined that from June 29 to the present, including on Aug, 10 when the Council censured Weiss, there has been more serious and actionable evidence the Council majority violated the Brown Act than there is that Weiss did so. Indeed, under the Brown Act exception to closed meeting requirements in CA Gov. Code Sec. 54963(e)(2), it is lawful for a Council member to disclose the factual and legal basis for challenging the legality and propriety of Council action purporting to lawfully close a meeting to the public.

In a letter of Sept. 21, 2021, the Special Prosecution Unit of the DA’s office rejects the finding of the Council that the closed meeting was lawfully convened. What this means is that the Agenda Item Report and hearing on Item 12 failed to provide adequate legal substantiation for the censure of Weiss.

It now appears that in defending the unlawful meeting closure of June 29 in his signed background paper in the Agenda Item Report on Aug. 10, the City Attorney intentionally and for purposes of improper undue influence on the Council misstated the factual and legal grounds for closing the June 29 meeting. It also seems clear that false narrative of that background document was known by the City Attorney and City Manager to be untrue.

It was only after Weiss outed the Council and City Hall for unlawfully closing a meeting that the narrative about the threat of a lawsuit by the developer of the Hotel Laguna project was then trafficked by City Hall insiders to the press and influencers. That attempt to bake into the record of the Aug. 10 meeting a retroactive notice of a litigation threat that was not properly and lawfully noticed for the June 29 meeting was clever to a fault. Worse has been Phil Kohn’s flip flop now telling the DA our Council was considering a lawsuit against that developer, even though not mentioned in the closed meeting.

That abuse of authority by Kohn is now imputed to the Council by the DA’s office because it ratified his actions and the assertions he made to cover up his actions on June 29 in the Agenda Item Report memo he signed for the August 10 meeting. If Mr. Kohn claimed threat of litigation was purpose for closed meeting knowing that was not stated in the closed meeting agenda notice, wouldn’t this fit the dictionary definition of “lying” to the Council and the public?

It is reasonable to conclude the members were aware meeting was closed improperly to deprive the public of its right to open meetings, which is potentially a misdemeanor under Brown Act.

The Council should rescind the censure resolution, make an official apology to both accused members, and determine if Kohn or City Manager should be fired for cause. The members of the Council may have protection from slander liability, but that does not change the nature of what was done to George Weiss, which was political slander.

Howard is a third-generation Laguna native active in City Council and School Board affairs since 1967.