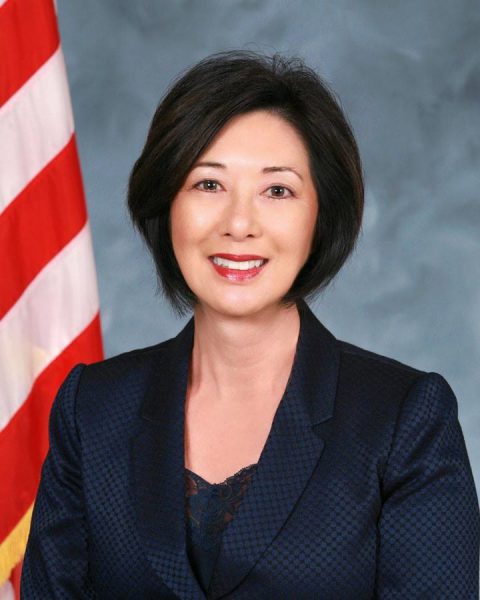 By Lisa Bartlett
Undergrounding of utility power lines has been a hot topic — no pun intended — for quite some time and is frequently at the forefront of discussions when it comes to assessing the cause of many recent wildfires.

Take, for example, the Emerald Fire in Laguna Beach earlier this year – investigators recently determined the cause of this fire to be “overhead powerlines.” According to the Orange County Fire Authority, “the most probable heat source was sparks from electrical arcing.” This fire burned 154 acres and forced the evacuation of thousands of people from their homes.

More recently, the Coastal Fire in Laguna Niguel destroyed 20 homes, severely damaged 11 others and caused millions of dollars in property damage. Southern California Edison put out a brief statement that circuit activity was detected in the area near the time the Coastal fire started. To be fair, the cause of this fire is still under investigation and I am curiously awaiting the results.

The concept of undergrounding power lines is nothing new. In 1967, over 50 years ago, the
California Public Utilities Commission (CPUC) adopted “Rule 20” which defines policies and
procedures for electric utilities to convert overhead power lines and other equipment to underground facilities. Back then, the Rule was implemented primarily for aesthetic purposes.

However, in 2001, the CPUC issued a ruling, noting that with very few exceptions, the public favored undergrounding for “safety, reliability, and property value increases” in addition to aesthetic benefits. Currently, the Rule 20 Program is divided into four subprograms (Rule 20A, 20B, 20C and 20D). Rule 20A projects are 100% ratepayer-funded and must meet certain public interest criteria.

The program allocates ratepayer-funded work credits to local communities for utility
underground conversion projects. These projects are put forth by cities and/or counties and are paid for by customers through their electric utility bill. The work credit allocations are
established by the utility companies and a community may “borrow” up to five years of future work credits to fund an undergrounding project.

Now, this is where it gets interesting! The February proposal also estimated that at least $489 million in unused and un-committed Rule 20A work credits remain outstanding among
communities served by electric utility companies. Upon further review, the Commission’s
Energy Division “determined that the value of unused and un-committed Rule 20A work
credits across all electric utility service territories is over $1.56 billion as of January 2021.”

In June 2021, the CPUC issued “Phase 1 Decision Revising Electric Rule 20 and Enhancing
Program Oversight.” The Ruling noted that only a handful of the 503 communities paying into the program have completed projects funded by ratepayer contributions, while 82 eligible communities have not completed a single project since 2005.

Considering the myriad of problems with Rule 20A and the work credit system, the CPUC
decided to discontinue approval of new work credits for allocation after Dec. 31, 2022,
and effective immediately, the unregulated practice of trading of Rule 20A work credits is
banned, with one or two exceptions.

So, what happens to the $1.56 billion in unused and un-committed Rule 20A work credits?
While the decision does not set a deadline for the use of work credits created on or before
Dec. 31, 2022 and allows communities to continue using existing work credits for Rule
20A projects, several questions remain.

For over 50 years, the Rule 20A program has funded conversion of less than 1% (0.017% to be exact) of overhead electrical facilities – why? With $1.56 billion in unused and un-committed Rule 20A work credits, why were utilities and communities allowed to accumulate such credits without little to no oversight? How were utility companies allowed to engage in an unsanctioned secondary work credit marketplace where some communities could sell, trade or donate their unused work credits to other communities?

Utility companies have been allowed to collect millions in taxpayer dollars for years with very little progress to show for it! A PG&E audit report found that from 2007 to 2016, PG&E
underspent $123 million (22%) of Rule 20A authorized budgets. The company reprioritized
these funds and resources away from the program without retaining documentation on where these funds were spent. PG&E’s underspending resulted in project delays which increased project costs. Since the start of PG&E’s implementation of purported improvements to the program, the average number of Rule 20A projects PG&E completed declined and underspending increased. Meanwhile, during the same period, Californians have had to endure some of the most devastating wildfires in our state’s history, many of which were caused by overhead powerlines!

How much longer do we have to wait and how much more devastation, death and destruction do taxpayers have to endure before serious action is taken to underground powerlines? To mitigate the risk of sparking wildfires, some utilities have opted to turn off power during certain weather conditions. While this may sound like a good idea, it would be disastrous for the health, safety and economic well-being of our communities. The CPUC and utility companies have had more than 50 years to get the job done and, while some progress has been made, it has been painfully slow. The time for action is long overdue and it is imperative that a viable solution be found sooner rather than later to avoid any further suffering and hardship by Orange County taxpayers.

Lisa is the Fifth District Supervisor for Orange County.