Since then, Village Laguna has loudly protested almost all the City Council’s major decisions. Mostly the protesters are the same 10 or 12 people, but they are everywhere— and I mean all over—Next Door Neighborhood, letters to the editors and social media.

So why don’t you?
Personally, I think you are chicken because the public will find out who you really are.

Examples:
1. Why do you state you favor the Promenade when you do not?

2. Why do you state you favor outdoor dining when you do not?

3. Why do you state you wish to reopen Hotel Laguna when you oppose even the current planned partial reopening?

4. Why do you practice such consistent character assassination against your opponents? Is it because you think you otherwise cannot win?

6. Why do you oppose fire mitigation measures in Laguna? After all, the city is a firetrap with such abundant foliage that, just like in 1993, a few sparks will turn into a conflagration. Why do you oppose those measures? What is in it for you?

7. Why do you oppose planning for the deluge of tourists (now an annual 6.5 million and rising), which will only get worse? Why do you pretend if we do nothing, they will go away?

8. And why are you suing Laguna Beach? You do it with various “independent fronts,” but come on, we all know it is you. You are suing over almost every City approval for remodeling or building new homes. Why? And why are you suing the City over its overhaul of the historic buildings designations?

Village Laguna is dealing in dirty politics, pretending its “independent fronts” are someone else, and using every under-handed tactic in the playbook.

All the while, it is hiding in the closet like a guilty teenager caught smoking.

So come on guys; get out of that closet. Come out into the open. The debate can be on local TV or radio. Any time, any place, any format, any moderator—all your choice.

Prove me wrong. Debate us.

Michael is a Laguna Beach resident and principal officer of Laguna Forward PAC. 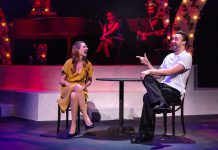 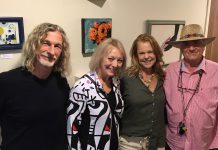