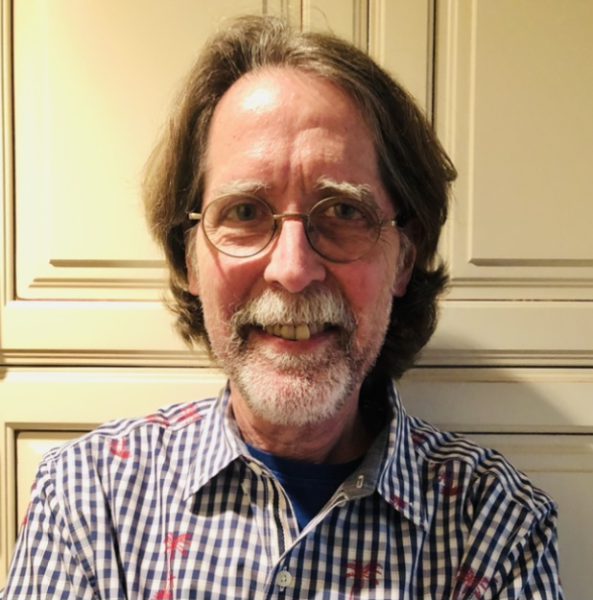 My experience there on Thursday, Oct. 6, two days before the public opening, was mixed.

Ongoing construction made the main entrance appear inaccessible. I ended up at a service entrance next to workers doing last-minute landscape plantings.

Redirected, I entered the main exhibit space, with its set of suggested questions on the wall, meant to help the visitor enter a frame of mind conducive to art appreciation. While this might be considered by experienced museum-goers as juvenile, this, frankly, is probably helpful to most visitors. It is also consistent with the museum’s vision, as explained to us by the museum director, of being inviting and welcoming to the full range of members of society.

This is reflected, as well, in the block-long commissioned mural by Alicia McCarthy, which is “inside” the museum but faces the Avenue of the Arts, visible to those driving by “outside.”

The most striking work that greets you upon entering the main exhibit, 13 Women, is a hanging work by Chris Burden (not a woman). This was confusing unless one had read the full text on the wall, explaining that the “13 Women” were not the artists exhibited – they were the founders of OCMA. The art displayed was, therefore from the museum’s earliest inventory.

The OCMA itself is not new, just its new home is. Even so, this does constitute an “opening” of sorts. The art acquired by the OCMA near the time of its founding is not necessarily the best of its inventory of 4,500 works.

The art ranged from the charming and very effective trompe l’oeil work Eraser, by Vija Celmins, to the massive, intriguing industrial loom-like work of Alice Aycock, which appeared ready to lurch into action at any moment. Standing next to it is a fascinating, solid-appearing black cube by Charles Ray, entitled Ink Box, the top surface of which is a viscous ink (another reason not to touch the art – the ink is very difficult to remove). Unfortunately, one of the most impressive works, by Mary Corse, is lighted such that its unique reflective properties are almost invisible. Although I respect the nod to the founders, I found much of this exhibit forgettable.

However, also in the main galleries is a welcome revival of the California Biennial, with many well-chosen contemporary works, with a substantial Latin and indigenous presence. In particular, the multimedia (mostly corrugated cardboard) sculpture “Coyota”, and the free-standing “Atlas”, both by Hector Dionicio Mendoza, were haunting, and the Laurie Steelink work “Gathering Power”, which incorporated a staff, decorated with feathers and bells, which would rhythmically bang on the floor and jangle, now and then, which was audible throughout the first floor, was inspired.

Rising to the mezzanine-level, the gallery is arc-shaped and equally open to enter at both ends. The Fred Eversley exhibit here was thoughtfully organized, with iconic black “lens” works and “parentheses” wall hangings (fashioned during a project at the Smithsonian) creating two equally valid “entrances.” Eversley’s industrial plastic sculptures, spanning his career and his close relationship with the OCMA, combine rich color, fine-tuned technical expertise, and fetish finish, and are poised solidly in the California light and space movement. His just-completed large scale work was most impressive. The presentation by the curator was very informative (once the annoying construction noise was dispensed with).

Although highly featured in promotional graphics, during our visit the large-scale Sanford Biggers reclining sculptural figure Of Many Waters…, on the second floor patio, was mostly lonely and unobserved. It faces east, and, as a result, the afternoon sun is behind it. Therefore, as you attempt to view it, poised at the top of a set of steps, the sun is frustratingly in your eyes. When you are standing right next to it, you see the innumerable metal discs individually screwed into a solid backing. I suggest seeing it on a breezy day, early or late, including in the evening, when the sculpture is lighted. Then the wiggly metal discs can create a shimmering effect.

The curvilinear contours of the building immediately bring Disney Hall to mind. The surfacing, which carries into the interior, has the appearance of tiles waiting to be grouted. The roomy first-floor exhibit space is very open, with high ceilings and diffuse light. A modest museum store is situated adjacent to the registration desk. One last quibble: the ubiquitous placement of donor names is distracting, and suggests vanity as much as charity.