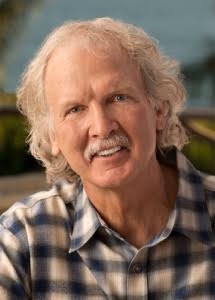 New water supplies can address Laguna’s annual need for protection from wildfires for the next 30 years. Two plans have been proposed. The first plan was abandoned as too costly.  The second offers protection through a less extensive plan and is more affordable.

In 2015, the Laguna Beach County Water District (LBCWD) commissioned a study to determine the feasibility of a citywide recycled water system for wildfire protection and to service the city’s interior parks. Extensive, expensive street trenching was contemplated which dramatically increased project costs. Water engineers estimated it would cost $30 million over a 30-year project lifecycle amortized at just 1% of the City’s Annual Budget during this time period.

A second, more modest and affordable system proposed by the previous General Manager of South Coast Water District, distributed recycled water only along the designated Fuel Mod Zone B.  This plan avoided street trenching before routing water by gravity to Laguna Canyon and downtown for wildfire prevention and suppression. California Water Code Sections 13550 through 13553 allows the use of recycled water to flush public toilets, irrigate festival grounds and Main Beach, wash streets and rinse odoriferous downtown storm drains before being captured and sent back to the Coastal Treatment Plant for further reuse.

This new, more modest water distribution system without street trenching, would likely cost under $20 million to protect the Greenbelt Urban Fringe Areas and 1,440 adjacent homes from annual wildfire threats and should be considered. Most of these expenses could be covered by generous state recycled water grants and federal infrastructure funds aimed at wildfire protection. Private Public Partnerships, like those in Santa Clara Valley and Oahu, are also available to access investor funds.

Saving money in the short run usually results in expensive disasters. Consider, as an example, the recent findings by the San Diego Regional Water Quality Control Board’s Prosecution Team’s determination that Laguna saved over $200,000 by deferring maintenance and repairs to the City’s deteriorating sewer system. The result, a relatively inexpensive three-inch pressure valve ruptures to discharge 1.7 million gallons of raw sewage directly into Marine Protected Areas off of Bluebird Beach and Aliso Beach. Regulators issued fines of $1.5 million and, when combined with City staff time and consultants, the actual total cost would probably be $2 million or 10 times the amount for basic maintenance. This should be a wake up call that we can’t cut short the cost of protecting our environment and City.

During a wildfire, water is priceless. The 1993 Laguna Wildfire destroyed 400 homes at a replacement cost exceeding $200 million. Homeowners now face higher and higher insurance rates without an independent source of readily available new water to protect their homes since potable water supplies are commandeered and restricted by fire departments during wildfire events.

Lessons learned from the fires that destroyed San Francisco following the 1906 earthquake prompted that City to install 177 large street cisterns in hillside intersections to store water and use gravity for fire protection. Shouldn’t Laguna do the same?

So, where can we get a new, safe supply of water? How do we pay for it? In 2005, community leaders partnered with the City and Water District to gain state grants for a $2.5 million Aliso Creek Water Reclamation Facility (ACWRF) now producing 500,000 gallons daily since 2014 of high purity recycled water. The Ranch immediately switched to this new water source and reported a 90% reduction in imported water use during the previous drought. Without the ACWRF, this wastewater would have been sent as more discharges of secondary sewage to the Aliso Creek Ocean Outfall just 1.5 miles offshore and The Ranch would still be using drinking water for their golf course. Community partnerships can help us succeed.

The ocean controls the climate and settled science has concluded climate change is happening today. Laguna must take steps to mitigate climate change by protecting the ocean and carbon rich Greenbelt in committing to a recycled water program to upcycle wasted wastewater for local beneficial reuse and wildfire prevention & suppression.

Combining our desire to improve ocean water quality by reducing sewage discharges with the need to protect Laguna from wildfires over the next 30 years can be achieved when the community promotes a perimeter wildfire protection system supplied by high purity recycled water. Add your voice to this new water movement to protect our Greenbelt and Bluebelt.

Mike is a co-founder of the Laguna Bluebelt Coalition.