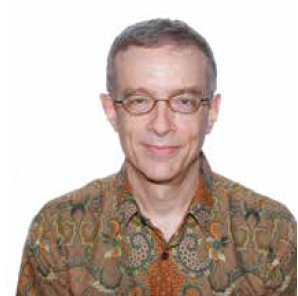 Many residents have become concerned with the increased attention Laguna Beach is getting from commercial developers. These concerns were heightened when a political action committee (PAC) called Liberate Laguna spent an excess of $152,000 during the 2018 city council elections. The expenditures were credited with getting two first-time candidates elected to the council: Sue Kempf and Peter Blake. It is worth noting that the top-five contributors to Liberate Laguna’s massive war-chest are all developers or their companies, which together contributed about 92% of the PAC’s funding. During the 2020 election cycle, the same PAC spent at least $100,000 to again support their preferred candidates. At the same time, Laguna Beach Company was announcing plans for large new hotels and event spaces in addition to other renovation projects. We hear a lot of talk at City Hall about “vibrancy” and how Laguna can recapture it.

Other subtle changes point to the “vibrancy” zeitgeist. The latest revisions to the Downtown Specific Plan (DSP) dramatically reduce the number of parking spaces a business needs to provide for its customers. Where previously, a retail space required four, and bars or restaurants 10 spaces per 1000 square feet of floor area, the updated DSP calls for only three parking spaces regardless of business type. Additional changes include permitting increased building height, essentially allowing second stories everywhere in the downtown for residential housing. All of this intensification of use simply awaits approval by the California Coastal Commission (CCC) before all these “vibrancy” measures are unleashed.

It is also important to dispel the idea that the California Coastal Commission (CCC) rules for development in the coastal zone will save us from over development. Indeed, the Coastal Act provides environmental protection and regulation for marine habitat and coastal resources, and sometimes works against the interests of commercial developers. But it is equally within the CCC’s mission to enhance and broaden public access to coastal resources, increased recreation and low-cost accommodation opportunities. In some instances, Coastal Commission rulings align with Laguna Beach residents who believe in maintaining the quaint character of our town, but in others they conflict. In the end, CCC most often errs in favor of increased visitor intensity. Their mission places large burdens on coastal towns like Laguna and represent an unfunded mandate that falls mainly upon local taxpayers.

Laguna Residents First and its supporters feel that the time has come to enlist the ballot initiative mechanism to ensure that every voter has a voice in reviewing the over-sized or increased-intensity plans of developers. Much like the 1971 activists who used the initiative process to protect the City from high-rises, current residents who want to protect the charm and quaintness of our town see the increasing threats posed by wealthy developer interests and their supporters in city government. The ballot initiative mechanism is the best tool given to voters to pass new laws that stick. Once excavation starts on a new over-sized hotel or permits get issued for projects that fail to fully mitigate the increased parking demand and traffic they generate, it will be too late.

Michael, a Laguna homeowner, is a founder and former Treasurer of Laguna Residents First PAC. He previously served a one-year term on the Orange County Grand Jury and as an appointed trustee to the Orange County Vector Control District.