The Luck of The Irish 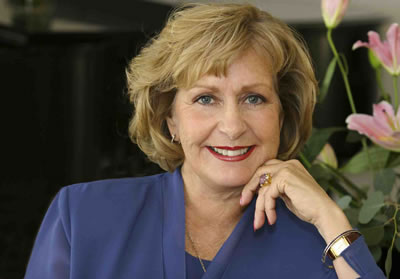 I grew up in New York where St. Patrick’s Day was always a grand celebration. It is said you can take the girl out of New York but you can’t take the New York out of the girl. That is also true of the label Irish Catholic. I am from a New York Irish-Catholic family. Actually, my mother was Czechoslovakian, though that seemed to take a back seat, since my father was 100% Irish.

My father was raised in a Catholic orphanage run by nuns and priests, so his upbringing outranked my mother’s, except for one thing. My mother, her mother, and her mother’s mother were devout Catholics. My father was an “I follow all the rules just in case it’s true” Catholic, so he stayed in the background when it came to exercising religious muscle.
My mother was the actual voice of God. It was pointless to argue with her because she simply informed you that your behavior was shameful and that God was displeased. She also delivered God’s just punishment for the flagrant disobedience that occasionally I, or my 10 siblings, displayed.

Talking for God trumps everything. There is no way that you can effectively stay out of trouble when your behavior is measured against the Ten Commandments, the Laws of the Church, and strict curfew rules added to the notion that mounting a defense was received as “talking back.” By the time I was 14 years old, I had accumulated three years of restricted mobility, or what was called “grounded.”

Here is a hint to current parents. Too much control and supervision is just as ineffective as too little. It is impossible to execute that much incarceration without the proper jail structure and guards to implement it.

It was only a matter of time before they would ask me to go somewhere or do something that would serve the common good of the family or their needs, and I would righteously inform them that, though I would like to help out, I was grounded and therefore not available for active duty.

Irish extended to everything. Is a relative suffering from an acute illness? Simple. A transfusion of good Irish blood will bring them back to life. Regarding dating, it was mandatory that my parents met the guy. My mother was always polite but it was sketchy when it came to my father. I was hopeful that the boy wouldn’t pick up on my father’s thinly disguised disdain if he wasn’t Irish.

I once introduced a date to my parents by announcing that he was currently in college, hoping that might impress my father enough to be cordial. My father shook his hand and said: “So you’re in college? What is your major?” When he said Archeology, I held my breath. My father didn’t miss a beat. He slowly and deliberately lit his pipe and took a few puffs. Then he snuffed out the match, looked the guy in the eye and said: “Hmmm. Archeology. Good profession… but… like sheepherding, not a big call for it.”

There is a certain pride that comes with being Irish. When my youngest daughter, Sara, went to college in Manhattan and when my third daughter, Jennica, married a part Irish Catholic New Yorker and moved to Long Island, they each experienced a high-octane dose of how the heritage continues.

The Irish spirit seems to be like a hardy or “hearty” plant that has deep and lasting roots. When Catholic discipline is married to Irish pride, the famed luck of the Irish is embedded in a foundational expectation that making discerning choices and responsibility to God and Country is the least a person could do.

Susan is a Laguna Beach author. Connect with her at: beyondintellect.com