Otho (Sonny) Mansfield Budd was born on Sept. 12, 1923, and crossed over the rainbow bridge peacefully on Dec. 8, 2014.  At his side were June, his beloved wife of 55 years, Kathleen, his only daughter, and Stephen, his only son. His grandchildren Chloe, Aria, Quinn, Eric, Dallen and Danielle also survive him.

Sonny was born in San Antonio, Tex., and lived in the Philippines, Japan and China during his father’s time in the Army. From age 7, he lived in Mery-sur-Oise near Paris until he was 15, when he moved back to the States. In 1939, he settled in Laguna Beach where in 1942 he graduated from Laguna Beach High School. After high school, Sonny served four years in the Navy during WWII. While in the Navy, he worked on the V12 project at Cal Tech. He then went on to graduate from Cal Poly San Luis Obispo in 1948 with a bachelor’s degree in electrical engineering.

Though Budd had a long and distinguished career as an electrical engineer, eventually he founded the successful Budd’s Quality Electric in town. His deepest passions were in acting and singing. Budd had an amazing tenor voice and could sing, act and story tell with the best of them. He put these gifts to good use at the Laguna Playhouse, where he performed in countless plays and musicals over a period spanning more than 50 years. In 1961 he received an award for best supporting actor for his performance in a single-act play in the Orange County Pepsi Cola Theater Competition. As recognition for his outstanding contributions to the Playhouse, Budd was made an honorary life member.

During his 65 years in Laguna Beach, he also was very involved in the community. Budd donated his time and talents to the Festival of Arts as the master electrician for the Pageant of the Masters, served as president of the Laguna Beach Exchange Club, played Santa Claus during the Hospitality Nights in downtown Laguna and for 10 years was the master of ceremony for the Patriots Day Parade.

He also served as president of the senior Little League during Stephen’s baseball days and performed in multiple ballets for Ballet Pacifica where Kathleen performed as a dancer.

Budd was also very involved in the Neighborhood Congregational Church, where he and June were married on May 30, 1959. He was a member of the choir and a featured soloist for over 40 years, served as a church moderator, and for many years, was in charge of all the sound equipment for services and performances at NCC.

Budd will be remembered as a devoted husband, engaged and loving father and grandfather, committed community member, gifted artist, and as a man that would do anything for a friend or neighbor. With a selfless attitude, a quick wit, and a joke to tell or a song to sing at a moments notice. Budd always added laughter, joy, and a smile to the lives of everyone fortunate enough to spend time with him. He was truly a unique and special human being and will be missed by all.

Budd’s memorial service will be held at the Neighborhood Congregational Church at 340 St. Ann’s Dr. in Laguna Beach on Saturday, Dec. 20, at 2 p.m. 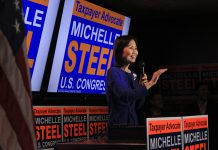 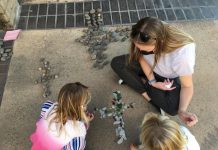