Green, who couldn’t see green, got into office and was a nervous nelly to support anything that cost the green because he couldn’t see it. His twin brother, Red, who didn’t see red, wanted to green light every project. It was the first time the identical twins didn’t agree. The city council was rocked by the division. Progress came to a standstill. Each project was voted on and ended in deadlock. The twins grew apart. It was against their nature. They were at a loss of what to do.

Mother came to the rescue. She realized her twin boys were in trouble. It was too late to fess up and divulge that she had misnamed her sons. She wished now to have named them after more conventional Hollywood fare, Apple, Blue Ivy, Coco, Indiana, Lourdes, North, Saint and Sunday. What to do? Her boys were growing apart. Then she had a social media vision. Trump tweets. They all sounded like this: reality is what you make it. Only you know what reality is. Do not let the barbarians dissuade you. Green is green and Red is green. Gather around supplicants who will echo your reality.

Mother addressed her misnamed boys at her next Sunday dinner. “Boys wash your hands before dinner. Now bow your heads and thank me that you’re not DACA kids. Pray to come together by agreeing to hire more consultants to do more surveys to find the righteous way for Laguna. Together you will string along the voting supplicants for a lifetime in public office.”

Crantz tells the Indy that he has a twin. His twin left in a huff. The twin said, “I wasn’t serious enough.” 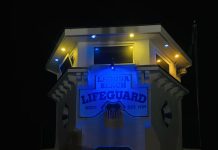 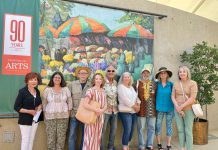 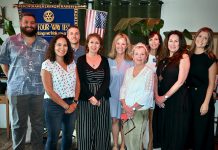